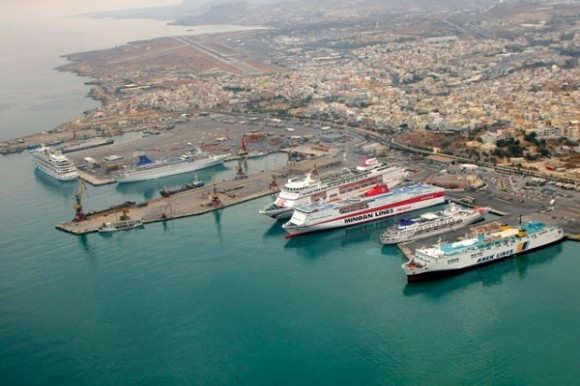 Heraklion, Crete, is the homeport for Costa Atlantica on a 7-night Mediterranean cruise, which will provide 26 itineraries for 2012.

With Costa Cruises homeporting this summer in Heraklion (Crete), leading international cruise officials have expressed optimism in choosing the cruise destination as a homeport for non-European Union flag cruise ships now that the cabotage law has been lifted in Greece.

Leading cruise companies this summer will be closely observing Heraklion Port’s homeporting progress to decide whether the Cretan port is suitable for circular cruises in the near future.

As of last month Heraklion, Crete, is the homeport for Costa Atlantica -of Italian cruise giant Costa Cruises- on a brand new 7-night Mediterranean cruise, which will provide 26 itineraries this year (18 in the summer and eight in the winter).

The first voyage took place on 29 June with passenger embarkation from Heraklion and calling at Kos, Samos, Izmir (Turkey), Mykonos, Santorini, Rodos, Heraklion. The weekly route will remain so until mid-September and until 18 October the cruise ship will make stops to Israel, Turkey, Cyprus and Santorini.

According to the chairman and managing director of the Heraklion Port Authority, Ioannis Bras, discussions with Costa Cruises began in October 2010 and also included a visit to Heraklion by the cruise line’s president, Giovanni Onoranto, last year.

The authority, the airport and involved local authorities were determined to earn the cruise industry’s trust and confirm that Heraklion was suitable to homeport. The Greek State is the 100 percent owner of the port. 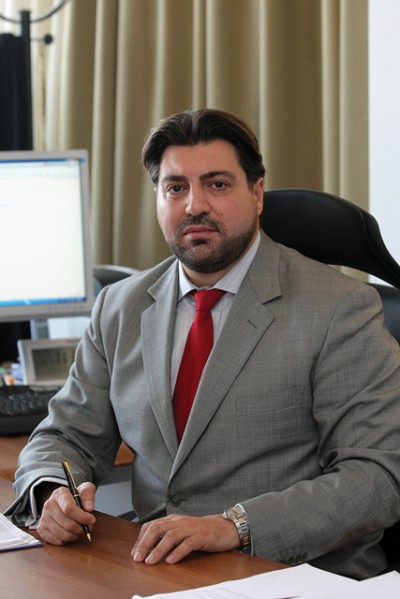 From 2002 Heraklion Port was Greece’s second port after Piraeus to offer services for the embarkation and disembarkation of cruise ship passengers. Aida Cruises (until 2008) and Ocean Village (until 2009) were the last cruise companies to use the Heraklion Port as a starting point for voyages.

“The first thing we had to do was confirm the demanded standards of the cruise companies in their selection of a destination as a homeport for their cruise ships,” Mr. Bras told GTP.

The most important factor the cruise company took under consideration was the short distance between the port and the island’s international airport Nikos Kazantzakis.

“Obviously we can not refer to homeporting if a harbor is not near the airport and does not serve international flights,” he said.

An on-the-spot inspection of the port by Costa Cruises officials followed to determine whether the port in question obtained the required specifications to homeport. “The changes in infrastructure planned to take place in a port must be presented to the cruise companies in a very professional manner… It is a continuous process that takes time, effort and perseverance,” Mr. Bras said.

Following talks between the authority, the port, the airport and local authorities, a strategic development plan was agreed upon that included 16 small-scale interventions aimed for the customer experience enhancement of cruise passengers.

These were immediate and practical actions that included improvements and additional infrastructure interventions at a low cost but that were significant enough to increase the quality and safety offered by Heraklion Port to cruise ships and their passengers.

The strategy included interventions such as the availability of free WiFi service at the port, the distribution of free maps, information screens and signs, an agreement with the Heraklion Trade Association for discounts for cruise passengers and the “cruise corner” set up at the Heraklion Airport.

It also should be noted that the port, authority in cooperation with the airport, has planned a designated airport to port transfer service for cruise passengers. The aim is for passengers to arrive in no longer than 20-30 minutes at the cruise ship once they land at the airport.

For example, the fact that fuel consumption is minimized via itineraries from Heraklion Port due to the close distances of the ports of call was widely welcomed.

But one of the most important factors was that the Heraklion Port sells excursions.

“Heraklion can offer a wide variety of excursions and we made sure to highlight this as there are over 20 options for cruise passengers that include visits to archaeological sites, museums, wine roads, olive roads, waterpark, caves… We presented these options and they were very well received,” Mr. Bras said. 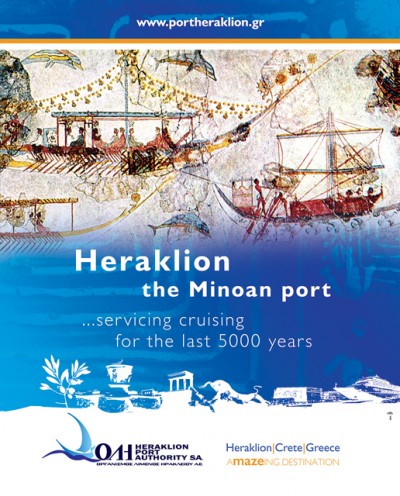 In regards to the economic side of the port, Heraklion will collect 0,50 euros per passenger. “Making a profit is not the biggest issue at the moment and besides, the gain is mainly for the local economy,” Mr. Bras clarified.

Some 2,500 tourists a week are expected to arrive and depart from Nikos Kazantzakis airport with charter flights and direct flights from European countries.

Cruise passengers will have time—before embarkation or following disembarkation—to get to know the island through organized excursions around the city, visits to archaeological sites and monuments and by tasting the famous Cretan cuisine.

According to official data, some 300 euros per cruise passenger is spent in the city from where the cruise departs while over 60 percent of the passengers become repeat visitors.

In addition, Aida Cruises is considering to make a comeback and homeport from Heraklion. Discussions are also underway with cruise companies Pullmantur, Disney, Princess and Royal Caribbean to use Heraklion Port for circular cruise journeys.

In regards to stopovers, Heraklion Port is expected to welcome some 250 this year while contacts with other cruise companies such as Carnival and Holland America have been made for “test stopovers” in 2013. Royal Caribbean has also expressed an interest to use the port for the stopovers of Celebrity and Royal Caribbean cruise ships that are currently directed at other ports of Crete.

During the Cruise Update Seminar held at the Posidonia exhibition last month, the vice president commercial and new business development Royal Caribbean Cruises, John Tercek, advised other Greek ports to use Heraklion Port as “an example to follow.”

However, the port authority’s chairman remains reserved despite the good news in regards to the port’s fame.

“The cruise companies have expressed concern in regards to the 17 June elections and the risk of losing the people with whom they speak to in regards to doing business… It seems inconceivable to them that the officials with whom they have discussed business opportunities suddenly retire from their positions due to the change of government,” he concluded.