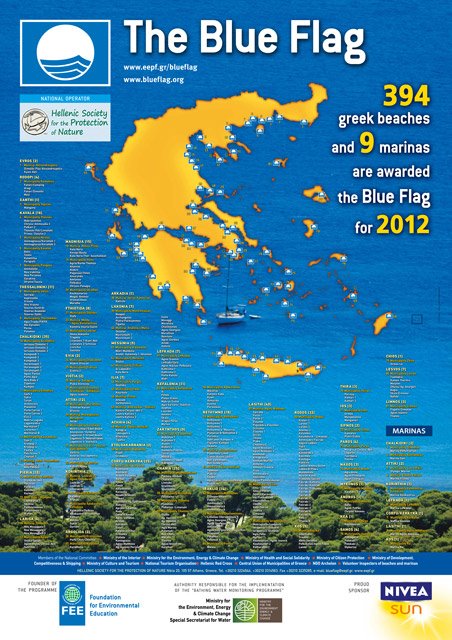 394 beaches and 9 marinas were honored with the quality “Blue Flag” award in Greece.

Greece once again ranked second place on the Blue Flag quality award list among 48 countries with seven beaches more compared to 2011, according to information provided recently by the Hellenic Society for the Protection of Nature.