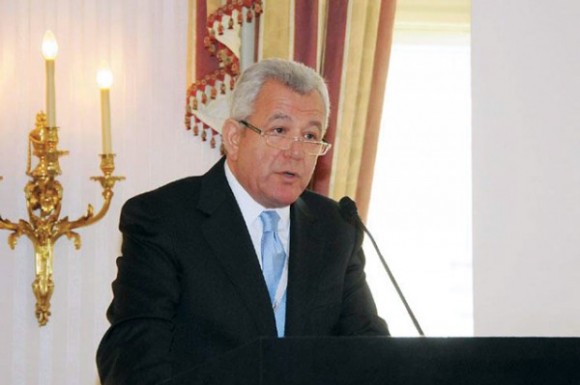 At the 39th EHMA Annual General Meeting, the chairman of the Greek-Cypriot chapter, Stefanos Stefanou (general manager of AKS Hotels), presented the Association of Greek Tourism Enterprises’ (SETE) study on the development model of Greek tourism “2020.”

Greece’s challenges and the difficulties faced by Greek citizens and the tourism industry were among the topics analyzed at the 39th European Hotel Managers Association (EHMA) Annual General Meeting held recently in Vienna.

The subject of this year’s conference was the “Hotel of the Future” and two key issues -new technologies and social media- were highlighted and broadly discussed. Some 150 managers of European deluxe and first category hotels attended the meeting.

The Greek Cypriot delegation consisted of 11 hotel managers headed by EHMA Greek-Cypriot Chapter Chairman Stefanos Stefanou. During his speech entitled “What tourism in Greece really is,” Mr. Stefanou gave a detailed presentation in regards to the current situation of Greek tourism and made an attempt to improve Greece’s image abroad.

EHMA is a non-profit-making association and is composed of 450 members from 28 European countries.