State protectionism is a stumbling block that discourages the potential growth of Greece’s sea tourism, according to heads of international cruise sector bodies, senior officials from Greece’s port authorities and cruising industry who attended the Cruise Update Seminar held on the sidelines of shipping trade event Posidonia 2012 last month.

According to Lefebvre D’Ovidio, Greek ports attract some 4.7 million passengers -17 percent of the total European market- and ranks third in Europe, only behind Italy and Spain. Passenger expenditure in Greece is some 470 million euros. 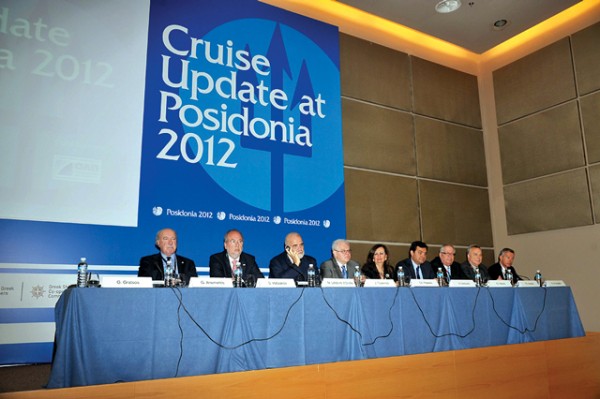 Cruise officials then welcomed the fact that the Greek Government finally revised and improved a series of (originally tabled) “administrative obstacles” for the full lifting of cabotage restrictions for non-EU flag vessels.

The ECC’s chairman said the cruise industry was relieved that the regulation that previously obliged international cruise companies to sign a “special contract” with the Greek Government in order to homeport in Greek waters was abolished. “The specific contract was nonsense,” he said.

Along with the abolition of the contract, non-EU flag cruise ships can homeport in Greek ports while no additional tax/fees would be applicable; there would be no limits for ports stay; and no specific number of Greek ports of call would be required.

In addition, companies that wish to employ Greek seamen would benefit from a subsidized NAT (Seamen’s Pension Fund) contribution.

Greek cruise experts have estimated that once homporting begins at Greek ports regularly, the country’s finances would increase by one billion euros per year.

The benefits from the new law would be evident in 2014 as cruise schedules have already been planned out for this year and the next.

“However, outstanding practical issues currently hampering cruise operations in Greece must be tackled in order to realise the potential,” Neil Palomba, chairman of the ECC port sub-committee, said during his speech.

Mr. Palomba drew attention to key issues that could threaten the industry’s development and have a strongly negative impact on both cruise tourism in Greece and the wider Greek economy.

According to Mr. Palomba, the key issues include fees and charges, ports infrastructure, safety measures, a common cruise port policy and a berth allocation system.

In regards to the fees and charges imposed on cruise ships, Mr. Palomba said they must be reasonable otherwise cruise companies would be forced to move their ships elsewhere “as already witnessed.”

At this point it was mentioned that the Piraeus Port was “not friendly” to cruise ships due to its pricing policy in contrast with the ports on Greek islands.

According to data, fees for embarking/disembarking passengers at the Piraeus Port have increased from 4.742 euros per passenger just last year to 11.65 euros, corresponding to an increase of 146 percent.

The proposed transit fee per passenger for 2012 has increased from 0.873 euros last year to 3.80 euros, corresponding to an increase of 335 percent. 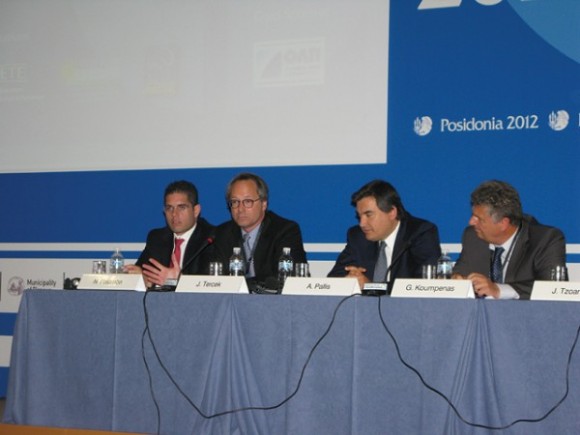 On the need for a new berth allocation system, he referred to Greece’s infamous “first come first served” berth assignments found in many Greek ports.

“This is neither an acceptable nor a viable approach as cruise lines plan their itineraries three years in advance and need clear berth booking and confirmation rules to be set and respected,” he underlined.

On his part, George Anomeritis, chairman of the Greek Ports Association, said the Piraeus Port was amidst a five-year investment program worth 420 million euros designed to revamp existing port infrastructure.

This year the expansion of the Agios Nikolaos dock that would provide two new anchor positions for cruise ships should be completed, along with the development of a third cruise passenger terminal (Miaoulis Coast).

Mr. Anomeritis also assured cruise officials that the “competitive pricing” of cruise ships at the Piraeus Port would remain steady until 2016.

According to Apostolos Ventouris, president of the Association of Greek Passenger Shipping Companies, this may be the last chance for international cruise to revive in Greece and for the country to “collect” on many levels.

“We must take advantage of the financial crisis to gain not only financially but to also promote our country, its specific features, its beauty, its history and its islands,” Mr Ventouris said.

“Hopefully we have received the right messages by now and I expect the post cabotage era to create suitable conditions for the growth of the cruise industry in Greece,” Andreas Stylianopoulos, vice president of the Association of Greek Passenger Shipping Companies (SEEN), told GTP last month. 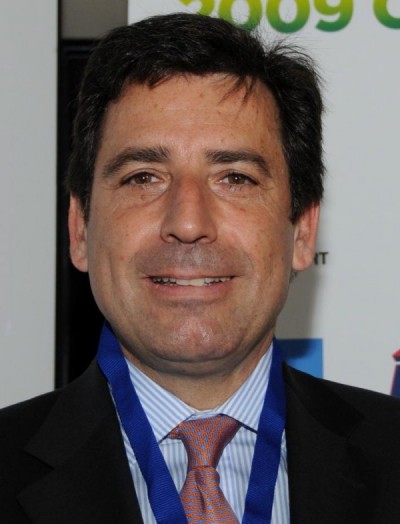 This year is essentially the first homeporting season for Greece’s cruise market as it entered a “testing phase” last month with the homeporting of the Costa Atlantica of Costa Cruises at the Heraklion and Rodos ports.

“Homeporting is in fact another type of incoming tourism and we need excellent air connections for the homeporting destination and even stronger brand awareness,” Mr. Stylianopoulos underlined. Also, the Aida Aura cruise ship of Aida Cruises is scheduled to homeport five times next year in the Thessaloniki Port.

“If the companies are satisfied from the passenger traffic and offered services in the homeporting ports, we will definitely have the upper hand and can look into 2013 and the next season with enhanced confidence,” he said.

Cruise liner giants Costa Cruises, ΜSC and Royal Caribbean are discussing homeporting in Greece. “Royal Caribbean at the moment waits for all the developments regarding cruises and cabotage in order to decide its next steps,” he said.

On the matter of port privatization in Greece, SEEN’s vice president said he somewhat agreed with international cruise experts that believe “the less the government interferes, the better. “The way Greece is trying to privatize its ports, doesn’t seem attractive for the companies,” he said.