The privatization process of regional airports was presented last month during the seventh “Aviation: Present and Future” conference held at the Infrastructure, Transport and Networks Ministry in Athens.

This year’s conference evolved around investment opportunities in aviation and flight safety and security regulations in the Greek aviation sector. 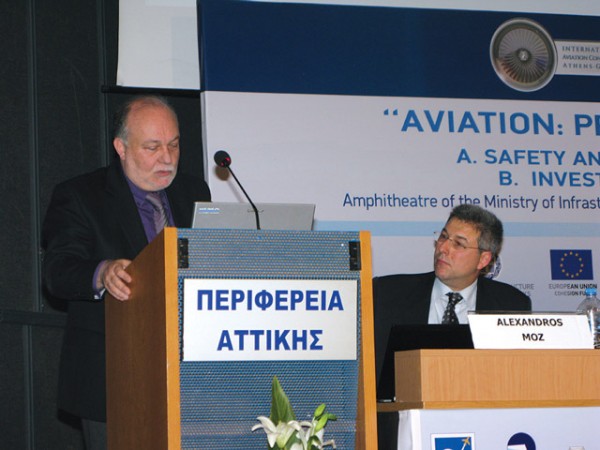 During the seventh “Aviation: Present and Future” conference, Sergios Labropoulos, from the Transport Ministry, extensively mentioned the Kasteli Airport concession for which an open procedure tender had been launched and, after several postponements, was unsuccessful. The initial plan was for Kasteli Airport to replace the existing Heraklio Airport “Nikos Kazantzakis” by summer 2015 and operate on the standards of Athens International Airport with the state holding a 55 percent stake. (Key tourism industry sectors such as the Association of Greek Tourism Enterprises and the Hellenic Association of Airlines Representatives had expressed their opposition to the plan due to the high costs involved.)

According to Mr. Labropoulos, given the large number of airports in Greece, the state lacks the financial means to timely implement all necessary infrastructures in accordance to the airports’ master plans and traffic needs.

During his presentation, Mr. Labropoulos gave insight on the ministry’s plans for the privatization of all regional airports, as decided by an inter-ministerial committee.

The Hellenic Republic Asset Development Fund is managing the process and is dealing with 37 airports in total (Heraklio, Crete, is not included in the fund’s plan).

In regards to the privatization concept for regional airports that is under development, Mr. Labropoulos focused on the three main principles/models to be applied: concession model, clustering and transparency.

Through the concession model, the state will award investors the right to operate and maintain the airports, for a specific period under specific standards of service. No sale of land and/or infrastructure will be foreseen, as the state will retain ownership.

The airports will be grouped in clusters, which will secure the viability and level of service of smaller airports in particular. The number of clusters and their composition will be finalized after a detailed financial study.

An international tender process will be launched for selecting the operators of each airport cluster.

The initiation of the first tender process is planned to take effect by the third quarter of 2012.