New York City’s Time Square got a taste of Greece last month thanks to an advertising campaign launched by volunteer group “Up Greek Tourism” to promote Greek tourism and attract potential tourists from the U.S.

Since 23 March a full-motion digital billboard in Times Square showed images of Greece for two minutes, twice per hour, for 30 days. 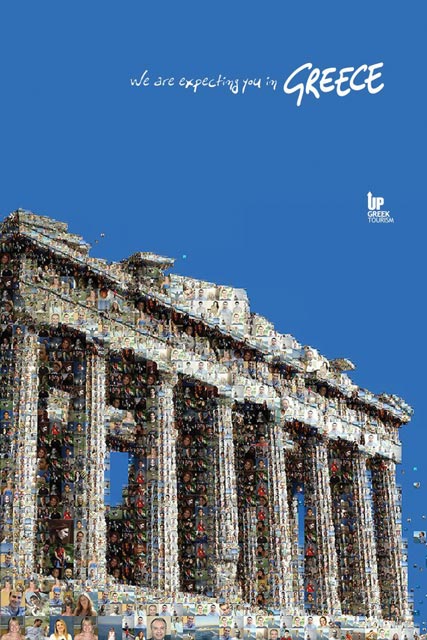 A total of 330 private individuals were said to have covered the cost of the Times Square campaign. Some 50 percent of the donations came from Greece while the rest from supporters from countries that included Australia, Belgium, Bulgaria, Cyprus, France, Germany, Italy, Netherlands, Qatar, Russia, Singapore, Spain, Switzerland, the U.A.E., the UK and the U.S.

Meanwhile, a similar crowd-funding initiative for the promotion of Greek tourism is in process under the title “Everybody Say OPA!,” headed by Steve Agi, publisher of Australia-based Greek cultural publication OPA! Magazine (www.everybodysayopa.com.au).

In addition, Greek fashion accessories manufacturer and retailer Folli-Follie has started the international advertising campaign “Crazy for Greece” to promote the country abroad. The campaign will show the island of Spetses and feature the Greek flag.