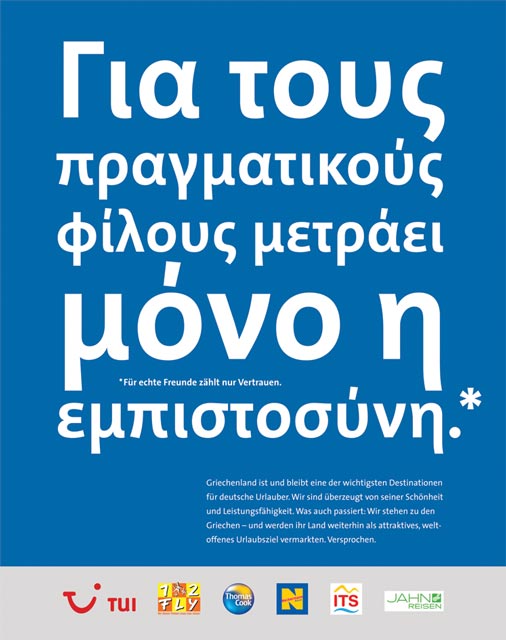 The German version of the campaign reads: “Greece remains one of the major tourism destinations for German tourists. We are convinced of its beauty and value. As for what is happening now, we stand by the Greeks and will continue to support Greece as an attractive and open to all tourism destination worldwide and that’s a promise.”

“For true friends only trust counts,” is the slogan of a print campaign launched in late March in the German media to support Greek tourism.

Six leading German tour operators (TUI, 1-2 Fly, Thomas Cook, Neckermann Reisen, ITS and Jahn Reisen) that handle some two-thirds of incoming tourism from Germany to Greece launched the print campaign to confirm that the country was and remains one of the top tourism destinations for Germans.

Τhe campaign aims to underline that Greece remains a unique tourism destination worldwide and that recent events do not create problems for German tourists who wish to visit the country.