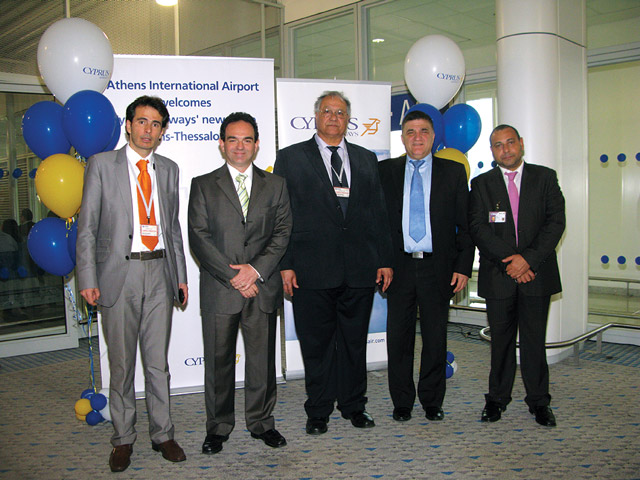 Cyprus Airways held an event last month at Athens International Airport on the occasion of the launch of the airline’s three daily Athens-Thessaloniki flights on 26 March. During the event, George Mavrokostas, CEO of Cyprus Airways (center) announced that Cyprus Airways would offer a daily service from Athens to London as of 1 October 2012. Pictured with Mr. Mavrokostas are the airline’s commercial manager Greece, Yiannis Pantazopoulos; commercial manager, Christos Agapiou; member of the Board, Kypros Ellinas; and head of sales and marketing Greece, Marinos Lykavgis.

THIS IS MY ATHENS Volunteers Give Tour Of Athens