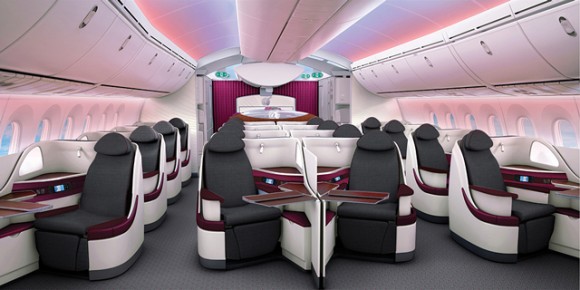 Qatar Airways’ new Boeing 787 seats will make their long-haul debut on the Doha-London Heathrow route this summer. The airline’s new 787 seats promise to deliver a whole new passenger travel experience across both cabins with the industry’s newest aircraft.

Iraq, Tanzania, Serbia and Myanmar are featured in the passenger route expansion program over a six-month period starting in May. New freighter services will be introduced to Korea, Pakistan, South Africa and Oman, while frequency of passenger flights will be stepped up to destinations in Europe, Middle East, Africa and Asia Pacific.

Also at ITB Berlin, Qatar Airways unveiled revolutionary new Business and Economy Class seats for its Boeing 787 aircraft with space, comfort and a revamped inflight entertainment system being key features of the airliner that will be inducted into the fleet this summer.