German Tourists Encouraged To Holiday In Greece At ITB 2012 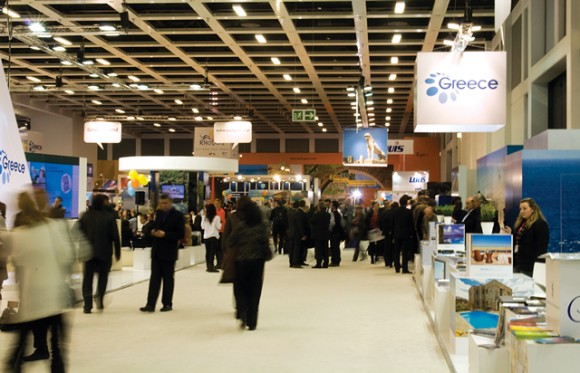 “Germans will be traveling in even greater numbers than before this year,” the president of the German Travel Association, Jürgen Büchy, said during this year’s ITB. However, according to tourism professionals, it seems that their travel plans do not include Greece this summer.

The Germans once comprised one of Greece’s dedicated holidaymakers but now -obviously influenced by international media reports that speak of anti-German sentiment in Athens- are booking trips this year to destinations such as Morocco, Qatar and Turkey, press reports mentioned last month.

According to Andreas Andreadis, president of the Association of Greek Tourism Enterprises (SETE), Greek tourism revenues could drop by up to five percent this year due to a fall in pre-bookings from Germany, a country that usually accounts for some 14 percent of Greece’s total visitors.

When speaking to the international press, Mr. Andreadis said the initial data showed a 20-30 percent drop in pre-bookings for the high tourism season from Germany.

Mr. Andreadis told the press that the damage in Greece, caused by “extreme expressions against the Europeans and especially the Germans,” has poisoned the atmosphere between the citizens of the two countries. 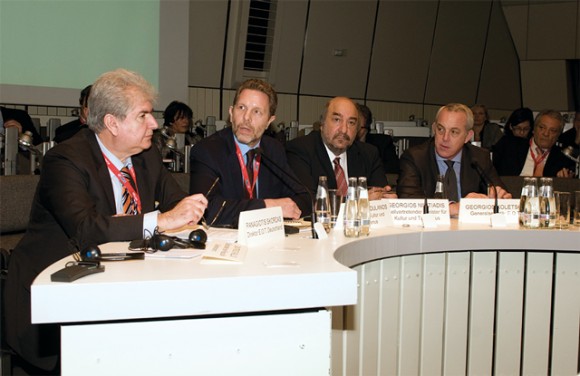 While briefing Greek and foreign media at ITB 2012, Culture and Tourism Minister Pavlos Yeroulanos focused on the effects of the economic crisis in Greece and the extreme reactions that have occurred and attempted to describe exactly what the Greek people are currently experiencing.

At the ITB travel trade show, Culture and Tourism Minister Pavlos Yeroulanos called for German citizens to ignore the “extreme voices” and choose Greece for another year as their holiday destination.

During his press conference to Greek and foreign media, Mr. Yeroulanos stressed that this year is a difficult one for tourism from Germany due to negative comments and actions from both sides that have hurt the special bond between the two countries.

Protests and street riots had erupted recently in Athens against the German-led coalition of European countries that forced austerity measures on the Greek people in return for a second European bailout.

This led to negative media coverage of the Greeks in the German press and eventually to a downturn in the number of German tourists to Greece for the 2012 tourism season.

“These are small groups that do not express the real relations between the two countries and the peoples’ feelings… By helping Greek tourism, you are helping the Greek economy and thus the whole of Europe,” Mr. Yeroulanos said.

The minister guaranteed that a “wonderful vacation” awaited Germans in Greece. 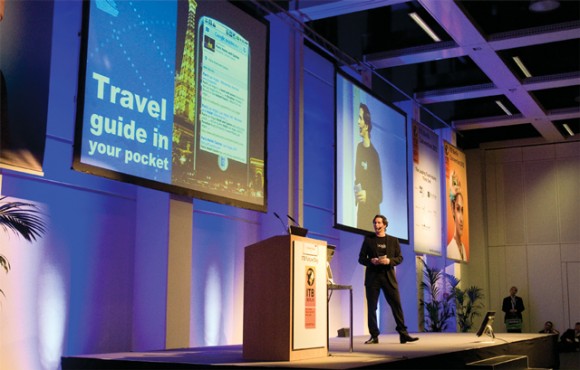 On the first day of the ITB Berlin Convention, Google’s head of global travel top accounts, Dr. Bernd Fauser, gave the company’s perspective on how tomorrow’s travel bookings will be made and advised on what preparations the global travel industry should be making.

In regards to current data on bookings from Germany to Greece -said to be down some 30 percent compared with the same period last year- the minister said the image could be reversed with last minute bookings but that “damage” had been done due to the climate of recent months.

The minister said that Greece’s strategy is to open to new markets, but “the importance of Germany to Greece is enormous.”

The minister’s statements were echoed during the ITB by some of Germany’s largest tour operators that confirmed that pre-bookings for Greece had dropped some 30 percent over the corresponding period last year.

“While Tunisia is recovering and Turkey and Spain are making increased demands, Greece, which last year had benefited from the unrest in the countries of North Africa, this year does not have the appropriate follow-up,” the head of Thomas Cook in Germany, Peter Fankchaouzen, told the press.

Bookings also have dropped almost by one third compared to last year for TUI while, according to a representative of Alltours, Greece is also avoided this year because it remains an expensive destination despite the crisis.

According to ITB data, the IMF is among those warning that Europe is likely to go through a mild recession in 2012-13, with particularly strong pressures on consumer spending and therefore on holiday travel.

The data also mentioned that the recent agreement on a second bail-out for Greece “does not provide a quick solution to the euro crisis.”

According to Jürgen Büchy, president of the German Travel Association, for 2012 the basic mood is a positive one, even though several countries are experiencing a certain reluctance to commit to make bookings.

“This applies, for example, to the cruise market, and to Greece and Egypt. But one thing is certain: The German travel sector is committed to these countries,” he said.

According to an announcement, through the message “For true friends only trust counts, “TUI, 1-2 Fly, Thomas Cook, Neckermann Reisen, ITS and Jahn Reisen declared their support for the Greeks and confirmed that Greece was and remains one of the main tourism destinations of the Germans. 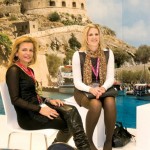 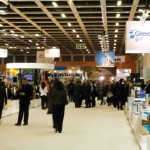 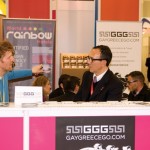 Greece was represented this year at the Gay & Lesbian Pavilion at ITB Berlin for the first time with two stands: GayGreeceGo, which is backed by Amphitrion Group of Companies and destsetters.com of The Trendsetters by morantis that specializes in the consumer characteristics of the LGBT community worldwide. 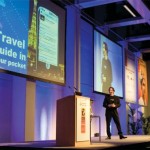 On the first day of the ITB Berlin Convention, Google’s head of global travel top accounts, Dr. Bernd Fauser, gave the company’s perspective on how tomorrow’s travel bookings will be made and advised on what preparations the global travel industry should be making. 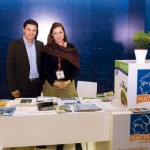 The Hellenic Association of Travel and Tourist Agencies' (HATTA) vice president, Ioannis Papadakis, and representative, Frini Alexiou, at the association's stand. HATTA recently urged the Greek Government to take immediate action to save Greek tourism. "Unfortunately there is a serious gap in addressing the defamation of our country,” HATTA had said. 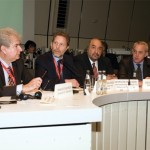 While briefing Greek and foreign media at ITB 2012, Culture and Tourism Minister Pavlos Yeroulanos focused on the effects of the economic crisis in Greece and the extreme reactions that have occurred and attempted to describe exactly what the Greek people are currently experiencing. 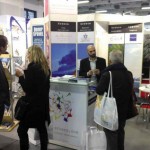 The stand of destsetters.com of The Trendsetters by morantis. The company collaborates with Greek hotels to educate them on top-notch services to tourists of the LGBT community. 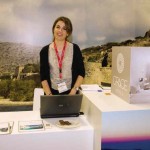 Grace Hotels Sales Manager Bessy Kafchitsa manned the hotel group's stand at ITB. This month, Grace Santorini—included in the Condé Nast Traveller Gold List for 2012—will open "The Villa," a self-contained 400 square meter two-bedroom residence with its own spa, kitchen, terraces and swimming pool. It will be the largest guest suite in the Grace Hotel Group.