Airport To Connect With Piraeus Port Via Metro 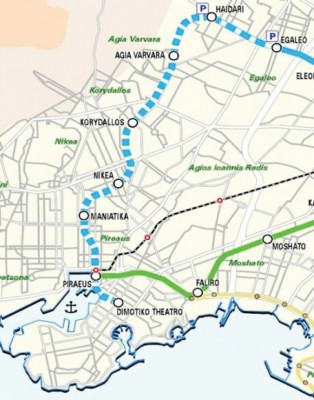 The contract for the 7.6 kilometer extension of Metro line 3 on the Haidari-Piraeus section that will include six brand new stations was signed last month, according to Attiko Metro S.A.

The project constitutes a 660 million euros investment in areas of Piraeus and other municipalities in the wider area and will include new stations in Agia Varvara, Korydallos, Nikaia, Maniatika, Piraeus and the Dimotiko Theatro. The construction period is said to be 2012-2017.

Once completed, the distance between Piraeus and the airport will be covered in 45 minutes.

In regards to the seven nearly completed metro stations (Haidari on line 3, Peristeri and Anthoupoli on the western extension of line 2, and Ilioupolis, Alimos, Argyroupolis and Elliniko on the southern extension), reports said they should open in some 15 months.