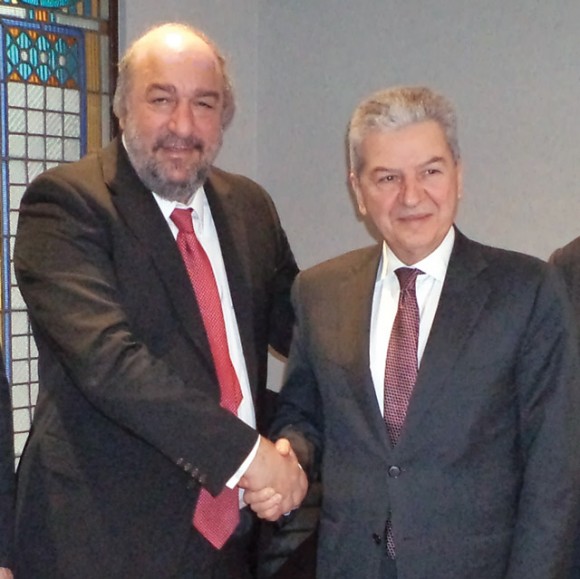 Deputy Culture and Tourism Minister George Nikitiadis last month held a meeting with Izmir Chamber of Commerce chairman Ekrem Demirtas on the development of Greek-Turkish economic relations with a particular emphasis on business and tourism.

The deputy culture and tourism minister emphasized that there are great prospects for a closer cooperation of the two sides in regards to the cruise sector, which could be “the protagonist of tourism development in both countries.”

Mr. Nikitiadis also underlined the important role of the operation of visa centers to be established this month in various destinations of west Turkey. The new visa centers would facilitate the visa issuance process for non-European Union tourists that want to visit the Greek islands.

On his part, the Izmir Chamber of Commerce chairman focused on the many activities in which there are common business interests for both countries such as Greek-Turkish tourism forums.

Meanwhile, the private sector has already taken a step to boost cooperation between Greek and Turkish businessmen.

With the initiative of ARTION Conferences & Events, a business-to-business event (businessONtravel) is scheduled to take place 6-7 April 2012 in Istanbul, Turkey, to strengthen the extroversion of businesses and the cooperation between Greek and Turkish tourism enterprises.