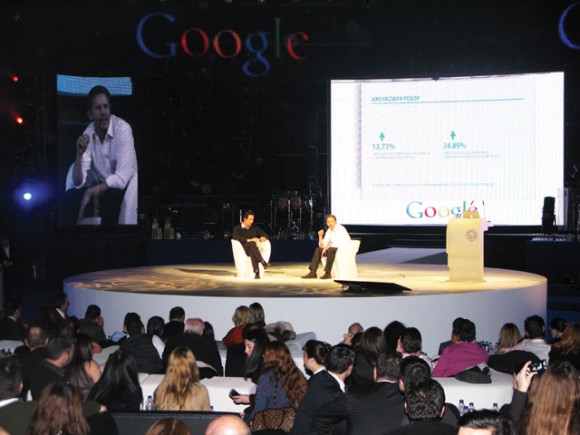 Google Greece’s general director, Stefanos Loukakos, had a one-on-one interview with Culture and Tourism Minister Pavlos Yeroulanos during the travel forum. On the subject of Turkey attracting more tourists than Greece, the culture and tourism minister said the reason was because tourists are not required to have a visa to enter Turkey as opposed to Greece. “Europe does not see tourism as it should,” he stressed referring to the strict requirements of the Schengen Visa that keeps tourists from India and China out of Greece.

“Follow the advice of Woody Allen (US movie actor, comedian and director) that 80 percent of success is just showing up…Go where the users are, go where the users are looking for you,” the general director of Google Greece, Stefanos Loukakos, said last month when he opened the Google Travel Forum held in Athens.

The forum, characterized by many as a “quite extravagant event” as it was held at the Athinon Arena music stage, aimed to inform Greek tourism professionals on the use of new technologies in tourism businesses through a series of presentations.

During his speech, Mr. Loukakos referred to the current technological revolution and the opportunities available to Greek enterprises if they innovate through the Internet.

“Especially for Greek tourism, the country can and should absorb the interest that exists for the region by using tools offered online,” he said.

Google Greece’s travel industry manager, Panos Labrakos, gave a brief introduction of the “online revolution” that dates back as far as the ‘70s and continues at a high pace until today.

Mr. Labrakos also presented the four trends of the Internet: search, using video, social media (as a means of exchanging information and experiences) and finding information while on the move via mobile phone.

“It has been predicted that smartphones will surpass laptops and desktop computers in sales,” he underlined. 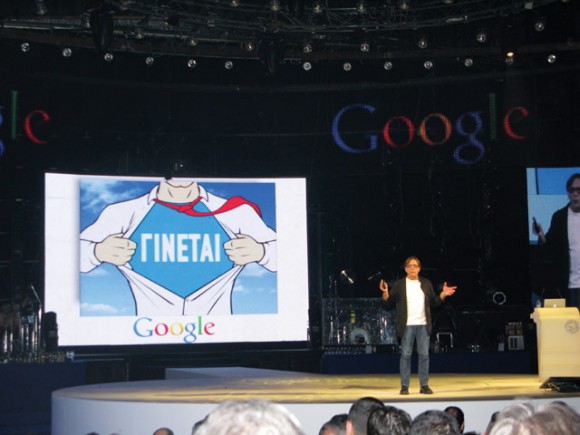 “If we support Greece as it deserves to be supported, it may be one of the strongest brands in the tourism industry,” brand strategist, Peter Economides, underlined during his presentation at the Google Travel Forum. According to Mr. Economides, the key to change the overall (negative) impression of Greece is for everyone first to change individually and stop using the phrase “it can’t be done” (ΔΕΝ ΓΙΝΕΤΑΙ) and replace it with “it can be done” (ΓΙΝΕΤΑΙ).

When analyzing the “booking stage,” Mr. Kollias mentioned that the Internet has surely influenced the whole reservations process. “This year’s predictions see some $1 trillion in revenue from online tourism,” he said.

“The Internet has not only changed the habits of travelers, but it also facilitates entrepreneurs since all the information they need about the behavior and preferences of travelers is right there in front of them with a single click (of the mouse),” he underlined.

As expected, the presentation of renowned brand strategist Peter Economides was the hit of the Google Travel Forum for those who had not seen his previous presentation during the 11th International Conference “Aristoteles” of EEDE (Hellenic Management Association) in Thessaloniki held in November 2011.

(However, tourism professionals, who had seen Mr. Economides’ presentation in Thessaloniki, mentioned that at the Google Travel Forum he simply “repeated himself” and they had expected “something more.”)

During his presentation, Mr. Economides said Greece was “one of the greatest brands never to be branded.”

While focusing on Greece’s bad reputation -due to negative publicity on the country’s bailout loan, street riots, etc.- he conducted a small demonstration and showed that the reputation of Greece at the moment via the Internet is very negative. 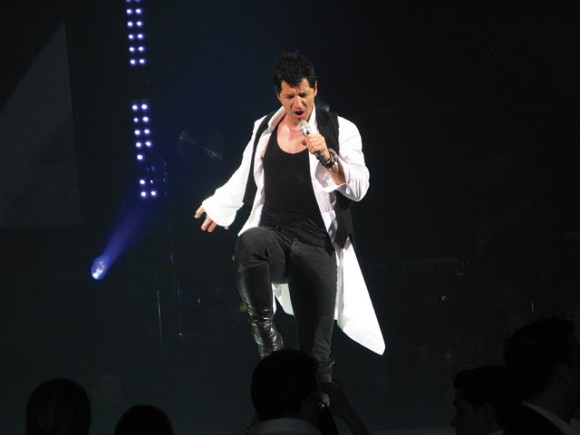 The Google Travel Forum, held at the Athinon Arena music stage, ended with the appearance of Google’s special guest and one of Greece’s leading artists, Sakis Rouvas, who “is also a strong brand name and case study of strong online presence,” according to Google Greece’s general director, Stefanos Loukakos.

By using the Google search tool and typing in the words “Greece crisis” or “Greece corruption,” millions of results appeared, far more than when the words “Acropolis,” “Ancient Greece,” “Mykonos,” or “Zorbas” were typed in.

When comparing Greece’s tourism flow with that of Turkey, Mr. Economides said that in 2000, Greece had 50 percent of the market share, Turkey had 38 percent and Croatia had 12 percent. In 2010, however, Greece dropped to 29 percent while Turkey reached 58 percent.

Culture and Tourism Minister Pavlos Yeroulanos then took the floor and was interviewed by Google Greece’s general director, Stefanos Loukakos.

Mr. Yeroulanos described the change that occurred over the past two years when the Culture and Tourism Ministry began to treat tourism as a whole.

He added that the ministry followed a new strategy, approached new markets and used new tools. “The Internet opens new avenues in Greek tourism since the online promotion of our country automatically means worldwide promotion,” he said.

The minister referred to the dynamic presence of Visit Greece, the official site of the Greek National Tourism Organization, and the two years of the ministry’s active presence in social media (Facebook, Google +, YouTube, Twitter, Flickr Group and Foursquare).

He then presented statistics via slideshow that showed positive results of the new strategy and the value of investment in innovation and interaction.

To Brand Or Not To Brand Greek Tourism? 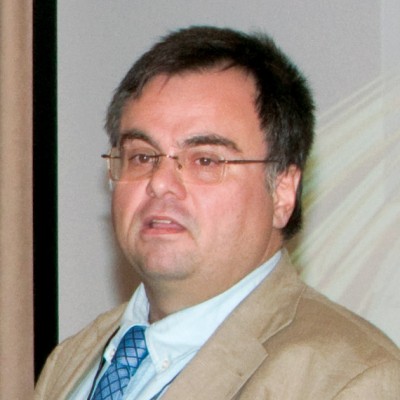 “Greece does NOT need rebranding right now… The crisis is much more serious than that, and major restructuring is required to redevelop Greece,” Professor Dimitrios Buhalis, International Centre for Tourism and Hospitality Research, School of Tourism, Bournemouth University, wrote on his blog following the effect that brand strategist Peter Economides’ speech had on the majority of the audience at the Google Travel Forum held last month.

“Branding requires that the product is being redeveloped through careful strategic management and marketing, coordination between all stakeholders and focus on creating value for both visitors and local residents,” he underlined.

Professor Buhalis stressed that the Greek tourism industry must be professionalized while unresolved issues must be addressed to (cabotage) and it must be ensured than no professional group (taxi drivers, air traffic controllers, etc.) can continue to damage the reputation of Greek tourism.

On his part, Andreas Andreadis, president of the Association of Greek Tourism Enterprises (SETE), told the press that branding and product quality improvement of the Greek tourism product should start at the same time.

“Tourism is not a finished product that you just release into the market, but it is a sum of experiences,” he said.

“It is necessary for Greece to rebrand… The only brands in Greece are Mykonos and Santorini,” he told the press. SETE’s president stressed that Greece is in need of marketing tools and expressed concern that it was impossible all these years for Greece to set up public relations.

“A network of public relations would have had enormous effect on the bad publicity Greece has received in recent years,” he said.

Cabotage Lifted But Profits From Cruises Will Be Delayed