Cabotage Lifted But Profits From Cruises Will Be Delayed

Although the number of cruise tourists from stopovers at Greek ports last year increased considerably (6,155,609 against 5,719,259 in 2010), major profits expected from the recent lifting of cabotage restrictions for non-European Union flag cruise ships would take a while to show, cruise industry experts recently told the Greek press.

Cruise industry experts have expressed dissatisfaction due to the boarding fee of 3.95 euros per passenger that non-E.U. flag cruise companies are obliged to pay the Greek state, according to the cabotage-lifting law approved by the Cabinet in January. 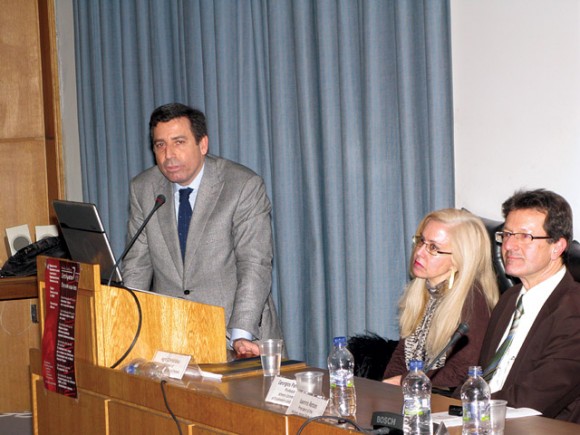 “If the lifting of cabotage was complete, the pricing of the Piraeus Port Authority more realistic and in line with market data, and certainly if the known episodes against cruise ships arriving in Piraeus did not occur, then Greece could have placed itself high in the cruise industry,” Andreas Stylianopoulos, president and CEO of Navigator Travel and Tourist Services, said recently at a tourism conference. He told the audience that for 2012 Royal Caribbean Cruises withdrew a large part of its Eastern Mediterranean routes, including Greece, while Italian cruise company Costa said it would lessen approaches to Piraeus Port by 50 percent.

“This automatically makes homeporting in Greece by non-E.U. flag cruise ships less competitive than for companies that fly an E.U. flag,” experts told the Greek press.

Reports said large companies interested to homeport in Greek ports (such as MSC, NCL and Royal Caribbean) are stalling, as they are awaiting clarification on whether the 3.95 euros boarding fee would remain as a condition for a non-E.U. flag cruise ship to perform circular trips that would both start and end in Piraeus or other Greek ports.