Religious Tourism To Be Promoted In Greece 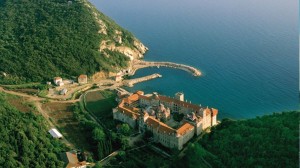 The promotion of religious tourism in Greece would enrich the country’s tourism product and contribute to its further development.

Deputy Culture and Tourism Minister George Nikitiadis recently presented the conclusions of a report on the development and promotion of religious and pilgrimage tourism in Greece.

During a press conference held at the Hellenic Chamber of Hotels, Mr. Nikitiadis underlined the prospects for promoting religious tourism in Greece, which would “enrich the tourism product and contribute to its further development.”

The report is a joint text from discussions and recommendations by an informal advisory committee, established at the initiative of Mr. Nikitiadis for the development of religious tourism.

The text includes four sections that relate to monastery tours, the promotion of cultural and religious items, religious celebrations and events, and the organization of special events that are part of religious tourism (conferences, seminars, etc.).

According to Mr. Nikitiadis, the informal advisory committee recorded 100 monuments with descriptions, photographs and additional information on the accessibility to the monuments. The aim is to record 300 Greek monuments in total.

According to the ministry, the data would soon be available to interested parties via the Internet through the Greek National Tourism Organization’s website where online bookings for accommodation can also be made.