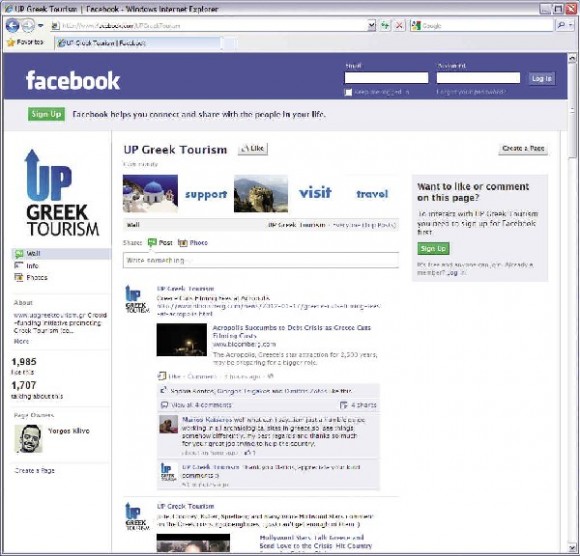 “Greeks offer an excellent tourism product that millions of tourists enjoy year after year and we chose to support tourism because of its significant potential in re-starting the Greek economy,” Greek descent George Kleivokiotis told the press last month.

Mr. Kleivokiotis, who resides in Dubai, United Arab Emirates, was applauded last month by the Greek media once his effort to strengthen Greek tourism through social media networks and crowd-funding went public.

Together with two friends, Mr. Kleivokiotis recently launched a tourism campaign for Greece in the U.S. that aims to raise a minimum of $15,000 to either set up an outdoor campaign in a central New York neighborhood for 30 days or place an entry in the New York Times newspaper.

In both cases the ad would read: “The Greeks invite you to visit Greece.”

According to Mr. Kleivokiotis, the effort is a non-profit project to support Greek tourism and the target audience, other than Greeks in Greece, are people abroad of Greek descent and Greek economic immigrants.

“The campaign is meant to advertise Greek tourism abroad directly, through the outdoor campaign, and indirectly through the word of mouth created because of the crowd-funding initiative and social media,” the UPGreekTourism facebook page reads.

The crowd-funding platform for this campaign is www.loudsauce.com.

Greek Restaurants In The U.S. To Promote Tourism