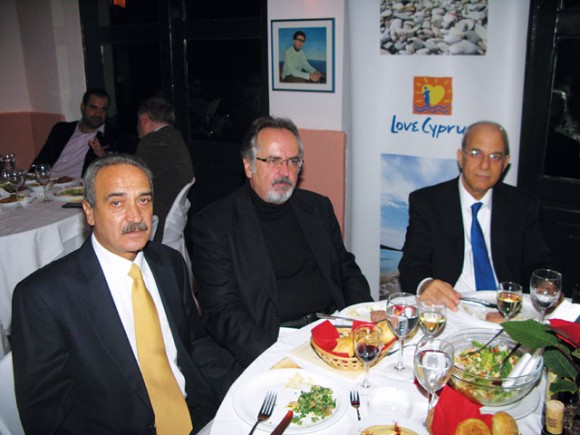 Director of the Cyprus Tourism Organization’s Greek branch Yiorgos Ioannidis with Cypriot entrepreneur Andreas Erotokritou and Cyprus Ambassador to Greece Iosif Iosif, at the organization’s Christmas event held last December in central Athens. During the event visitors saw a presentation of the infrastructure projects that are currently in progress on the island and aim to strengthen Cyprus’ tourism product. According to Mr. Ioannidis, arrivals from Greece to Cyprus recorded a 10 percent increase just a few days before the end of 2011 compared to the same period in 2010.