“Cabotage is finally lifted,” the Hellenic Association of Travel and Tourist Agencies (HATTA) said last month after the Cabinet approved the bill that included the full lifting of cabotage restrictions for non-European Union flag cruise ships.

The new bill will open the way for international cruise companies with a foreign flag to perform circular trips that would both start and end in Piraeus or other Greek ports. 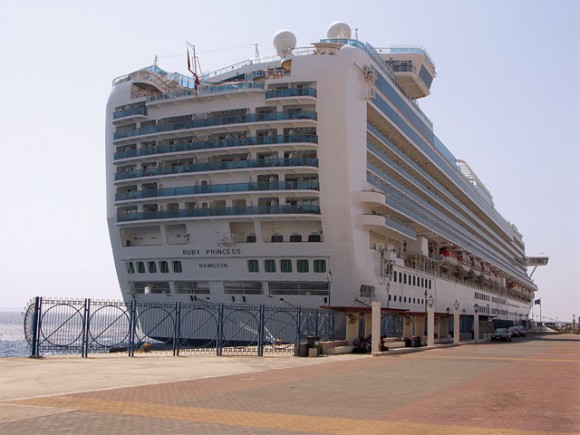 Once cabotage restrictions are lifted and third-country flag cruise ships are allowed to homeport in Greece, the national economy could profit some one billion euros per year.

“This has been a request of HATTA and indeed of the whole tourism world for many years,” the association said in a press release.

According to the media, the new bill has corrected non-realistic conditions of the previous cabotage-lifting law that did nothing else but discourage cruise companies on making agreements to homeport in Greece.

The main “error” abolished was the regulation that previously obliged international cruise companies to sign a three-year contract with the government in order to homeport in Greece.

Also scrapped from the previous law was a condition that required each cruise ship to spend a minimum time docked per port. However, the incentives given to companies for the employment of Greek seamen has remained untouched.

According to research by the Hellenic Chamber of Shipping, once cabotage restrictions are lifted and third-country flag cruise ships are allowed to homeport in Greece, the national economy could profit some one billion euros per year and create some 18,000 jobs.

Cruise company MSC Cruises, whose 3,200-passenger capacity MSC Magnifica was the first cruise ship to dock at Piraeus Port this year, told the press that Greek authorities must provide more effective support to their ports for cruise lines and remove specific “disincentives.”

When speaking on the subject at a recent conference of the American-Hellenic Chamber of Commerce, the commerce’s tourism committee chairman, Andreas Stylianopoulos, said the fee of 3.95 euros per passenger of cruise ships that homeport in Greece, introduced via the previous cabotage-lifting law, has remained.

Mr. Stylianopoulos stressed that the fee, in combination with the high cost of Athens International Airport Eleftherios Venizelos, would cause a problem of competitiveness on destination Greece.

Tourism Investments To Get On Track