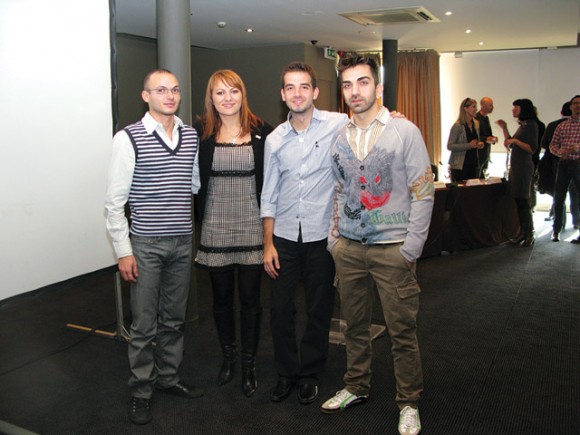 Organizers of the gay tourism conference held at the Les Lazaristes hotel in Thessaloniki.

Homo Evolution’s Nikos Sofianos (marketing director), Giannis Papagiannopoulos (president) and Simon Vasiliadis (project manager) with IGLTA Ambassador to Greece, Orhideea Rosu, at the gay tourism and entrepreneurship conference held recently at the Les Lazaristes hotel in Thessaloniki. In an effort to strengthen the Greek economy, tourism businessmen of the northern Greek city are making efforts to encourage the gay community to visit their town. The conference was organized by the Thessaloniki Tourism Organization and Homo Evolution.