The Hellenic Association of Travel and Tourist Agencies (HATTA) called a sudden meeting last month to focus on the image of downtown Athens and discuss the negative impact of the city’s tourism.

The purpose of the meeting was to examine interventions to improve the image of the city through initiatives that would be undertaken by institutional bodies and tourism professionals.

Professionals discussed Athens’ problems such as illegal immigration, crime and the relocation of OKANA (Organization Against Drugs) centers from the city center. 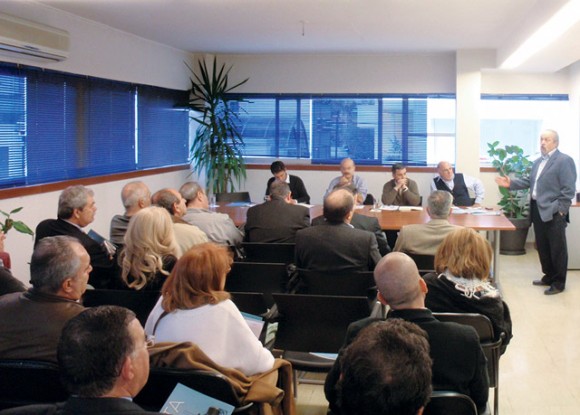 Crime, illegal immigration, street riots and illegal street vendors in Athens city center were among the problems discussed at a meeting called by HATTA last month. Representatives of HATTA, the Citizen Protection Ministry, the City of Athens, police and tourism professionals, the Hellenic Chamber of Hotels, the Association of Greek Tourism Enterprises, the Hellenic Association of Professional Congress Organizers, the Athens-Attica Hotel Association, the Athens Chamber of Commerce and Industry and the Hellenic Retail Business Association, attended the meeting.

Suggestions for the immediate improvement of the image of downtown Athens included small-scale interventions such as the strengthening of police patrols at tourist hotspots, better lighting in the streets after dark and cleanliness in public places.

In regards to the city’s image, it was unanimously agreed that images of street riots in Syntagma Square must cease, illegal vendors must be removed from tourist attractions and a direct solution must be found for the pickpocket incidents at the Acropolis site.

HATTA has invited professionals to contribute suggestions to the common effort and promote them for the good of the city and tourism.

In addition, the citizens’ movement KIPOKA (comprised of residents and local business representatives in the Greek capital’s center) had a meeting last month in Brussels with Commissioner Cecilia Malmström, Responsible for Home Affairs in the EU. The EU commissioner was briefed on the crime situation, the increase of illegal trade and the high rate of illegal immigrants in the center of Athens.

Present at the meeting with Ms. Malmström was the president of the Hellenic Chamber of Hotels, Yiorgos Tsakiris, and the general secretary of the Athens-Attica Hotel Association, Alexandros Vasilikos.