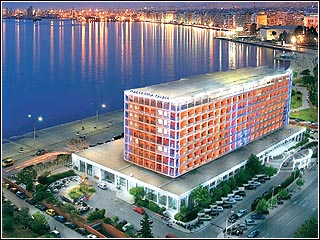 The Greek tourism sector was shocked and deeply saddened last month when the Daskalantonakis Group announced the permanent closure of the historic Makedonia Palace hotel as of 27 December 2011.

According to press reports, the negotiations of the hotel group with the administration of the insurance fund IKA-ETAM, which owns the property, to redefine the terms of the lease did not bear results.

The insurance fund IKA-ETAM is now expected to announce an international tender for a new leaseholder of the property.

The Makedonia Palace, considered a landmark hotel in Thessaloniki, was built during the 1970’s and comprises of 284 luxury suites.