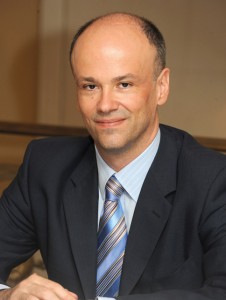 The current period is without a doubt characterized by the turbulent and painful process of restructuring the basic structure of the Greek State and the effort to control the most important financial and economic figures and indicators.

Within this unpleasant environment of uncertainty and instability, this year the tourism sector is a bright exception and a source of optimism. Despite adversity, the difficult political and economic environment, the systematic negative publicity and the usual attacks on the country’s image, Greek tourism has remained afloat.

Estimates for 2011 refer to 16.5 million tourists and revenue that will exceed 10.5 billion euros.

Figures that not only show where Greek tourism managed to place itself this year, but also mainly how high it could reach.

The Greek hotel sector, long before the economic environment deteriorated, was once again at the forefront, fighting its own battle. The Greek hoteliers, foreseeing the negative developments, adopted a very flexible pricing policy with bold and targeted offers and with increased sensitivity to the changes in the demand and good reflexes to its fluctuations.

And most importantly, Greek hoteliers worked with a great responsibility and with high professionalism.

Unfortunately, a good year, especially after two consecutive years of a deep crisis, and with the new time horizons overshadowed by clouds of a European and international debt crisis, will not make the economy bloom.

And how could it when the internal market records unprecedented decline with serious repercussions on many of the hotels of our country?

We hope that this year’s Philoxenia, from the State’s side, will record the strategies and actions that will confirm support for tourism and strengthen the efforts of the hotel business, in good cooperation and with the understanding we all seek.