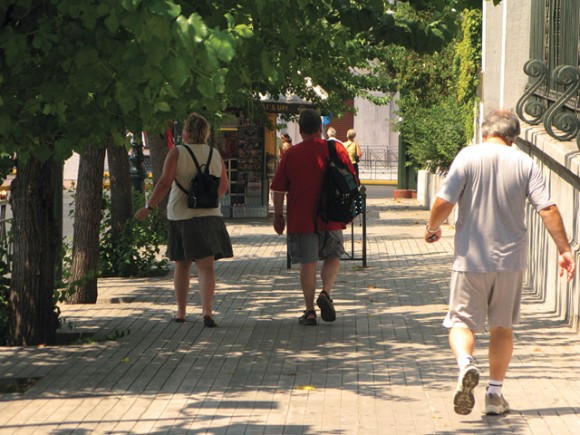 Tourists didn’t turn their back on Athens this summer as the Greek capital saw an increase in bookings despite three days of violent street riots in the center of the capital (June) and blockades of airport entrances and the Piraeus Port by demonstrating taxi drivers (July).

“The winter season is expected to be extremely difficult, not only for Athens but for all Greek destinations that operate year round,” Yiannis Retsos, president of the Athens-Attica Hotel Association, said last month in regards to the Greek capital’s summer bookings.

According to data released by the association, the average hotel occupancy in Athens-Attica increased by 9.32 percent in June and 5.02 percent in July, compared with the respective months in 2010.

Mr. Retsos said it was time for all agencies to agree on a joint action plan to strengthen domestic and city tourism and succeed a targeted promotion, otherwise “the figures for the following months will come as an uncomfortable surprise to us all.”

Meanwhile, the latest Economist Intelligence Unit’s Global Liveability Survey showed that Athens is not the best city in the world to live in as the Greek capital dropped five places due to “recent austerity measures and civil unrest.” The Greek capital now ranks 67th.

According to the survey, Athens is the only city in Western Europe with an overall rating of below 80 percent, lower than the economies of San Juan in Puerto Rico and Montevideo in Uruguay.

Athens Tourism A Challenge For 2012, Minister