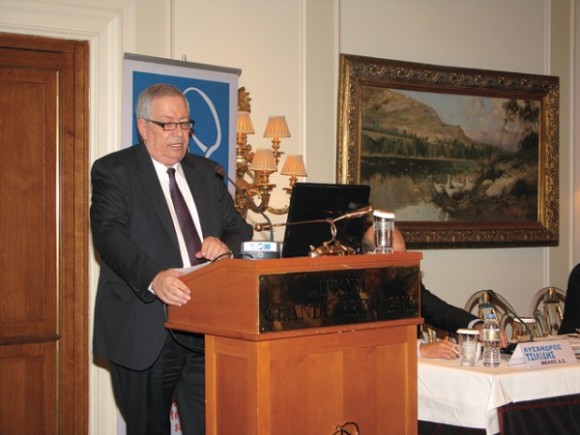 The opening of the tour bus profession on all levels has been on the Hellenic Association of Tourist & Travel Agencies’ (HATTA) agenda for years. During HATTA’s annual general assembly in April, the association’s president, Yiorgos Telonis, had requested a modern legislation with nondiscriminatory treatment and without the government favoring the KTEL buses over the tour buses.

The provision of the draft law that regulates the liberalization of the tour bus profession so licenses could be easier obtained was voted in Parliament in early August.

To the disappointment of tourism professionals, the opening of the profession was “one-sided” since transfer restrictions (in favor of KTEL intercity buses) have stayed intact.

According to tourism professionals, while the provision involves the opening of the tour bus profession and regulates issues on the register of coaches, it remains “immune” to the issue of road passenger transport.

It has been argued for years by tourism professionals that the KTEL intercity buses have the freedom to make all transfers throughout Greece unlike tour buses that have limitations. The Greek tourism market has requested for the government to balance out the functionalities of KTEL intercity buses and tour buses.

The liberalization of the tour bus profession is among the terms of Greece’s 110 billion euros bailout loan that includes the opening of “closed-shop professions.”

According to press reports, the tourism sector now awaits for the government to lift restrictions that currently apply to Greek hotels in regards to the use of private limousines for the transport of VIP customers. Also, the ban that applies for car rental with a driver for hotel customers (Greece is the only country in the European Union where this specific ban applies) is also expected to be abolished.

Hotel Chamber Goes On The Air With Tourism Message