The Piraeus Traders Association last month called for the Greek Government to deal with the constant increase in petty theft crimes aimed at tourists.

In a letter to the Culture and Tourism and Citizen Protection Ministers, Pavlos Geroulanos and Christos Papoutsis respectively, the association said petty theft and muggings are thriving on the Athens Piraeus Electric Railways (ISAP).

“Many tourists that pass through our city to continue to a tourism destination or carefree passengers traveling in Athens on the ISAP trains are attacked by Greek and foreign pickpockets who benefit from the overcrowding in the trains and lack of policing,” the association said. 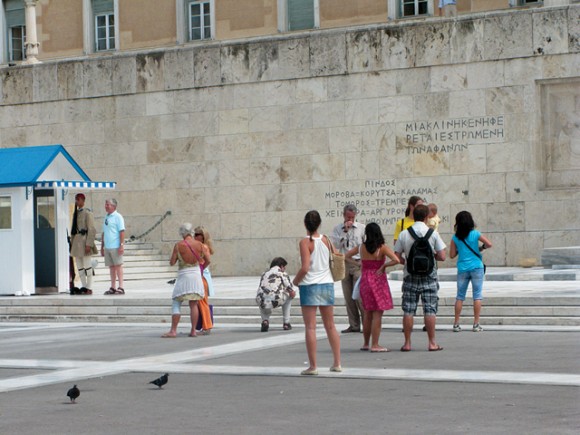 According to a local hotelier, muggings that involve tourists were usually observed around Omonia Square but thefts are now taking place at airports, metro stations, Syntagma Square, the Acropolis and even in the streets of Plaka.

The association underlined that the petty thefts have a major impact on tourism and Greece’s image internationally.

In Athens the situation is not any better as, according to reports, tourists staying in the center have had their money, luggage and travel documents stolen or have even been beaten on the streets.

Dimitris Nikolakopoulos, coordinator of the citizen’s group KIPOKA, told the press that crime in the historic center remains particularly high, while robberies were constantly increasing mainly in tourism locations.

Speaking on the matter, Yiorgos Tsakiris, president of the Hellenic Chamber of Hotels, said the Citizen Protection Ministry must respond on a timely matter to protect visitors since mugging cases are “a dozen a day.”