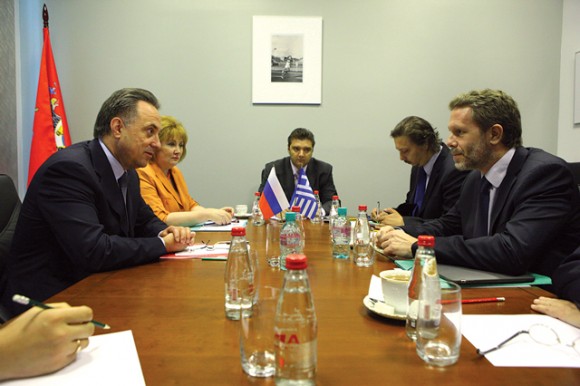 During a briefing to the Greek media last month on the results of his recent tour to the four target markets, Mr. Geroulanos said Russia was becoming a key market for the Greek tourism product.

In regards to his trip to Russia, Mr. Geroulanos referred to the progress that has been made in visa issuance and told journalists that the ministry was examining the possibility of major Russian tour operators assisting with the visa issuing process. “It is estimated that we will save funds this way and use them on advertising in this market,” he said.

The minister said he aimed to establish the issuance of multiple-entry visas for Russian citizens that would allow them to visit Greece, travel to other countries and then return to Greece.

Mr. Geroulanos had told the media while in Russia that Greece was working with Israel to allow Russian guests to visit both countries.

The cooperation between the two countries is expected to continue as in September Greece and Israel plan to approach India as a new target market.