The “Greek Breakfast” logo. According to the logo’s concept, two key ingredients in the cycle of time are those that come from the past of the Greek land and history: wheat and olives. “Their promotion will help consolidate the future of Greek gastronomy,” the Hellenic Chamber of Hotels said.

Hoteliers who will introduce Greek breakfast through their hotel units would gain significant economic benefits, according to a study conducted by Agropole, a food and agribusiness consulting company, on behalf of the Hellenic Chamber of Hotels.

At an event held last month, the chamber’s president, Yiorgos Tsakiris, presented the chamber’s initiative “Greek Breakfast” that is to be established throughout the hotels of Greece.

Mr. Tsakiris said the chamber aims for Greek hotel guests to become acquainted with the local gastronomic wealth and local products via the Greek breakfast by spring 2012. 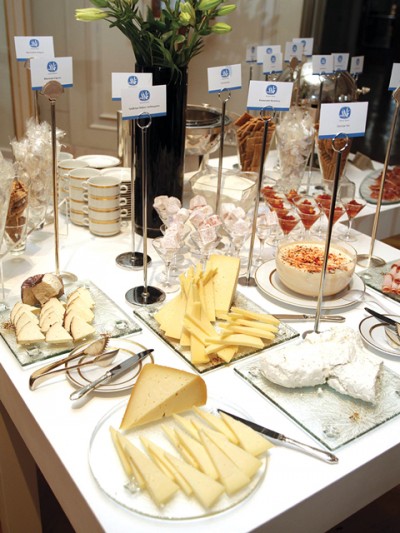 The Hellenic Chamber of Hotels called on to Greek hoteliers to introduce the “Greek Breakfast” through their units.

Hotels taking part in the “Greek Breakfast” program will be given a special seal to display on their premises that will ensure quality standards while it can also be used as a promotion and marketing tool to increase clientele and competitiveness.

Also, an information manual for hoteliers with guidelines on the Greek breakfast will soon be published and distributed.

The “Greek breakfast” project sees to link the Greek hotel industry with local producers of quality products and establish a connection that in the long term would have positive social and economic effects not only on regional income and employment but also on the environment.

According to Agropole’s study, the serving of Greek breakfast in hotels in the short term would bring a steady clientele by 49 percent, an increase in bookings by 15 percent, a rise in turnover by 10 percent, while the hotel promotion through mass and electronic media would grow by six percent.

During the event, three sample menus of three Greek destinations (Crete, Cyclades island group and Thessaly) that included descriptions of local products and breakfast recipes based on those products were presented. 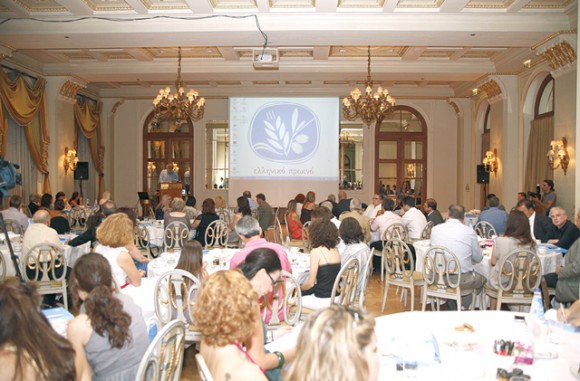 “The Greek breakfast seeks to create real impressive experiences for the hotel customer through the acquaintance with local products and cuisine of each destination,” the “Greek Breakfast” project supervisor, Yiorgos Pittas, said during an event held last month by the Hellenic Chamber of Hotels. The Greek breakfast program will improve the competitive position of the chamber’s hotels/members, improve the image of Greek hospitality and of the general tourism product.

The products offered through Greek breakfast in hotels will be those of Protected Designation of Origin (PDO) and Protected Geographical Indication (PGI) guaranteed by the European Union.

Such products suitable for breakfast have been secured by Greece in the categories of bread, cheese-dairy, honey, olives-olive oil and fruits-nuts.

Also offered will be many traditional products that have been documented and acknowledged for their specificity and quality on a national, regional and local level. Organic products, assured from the lists of PDO and PGI products, will also be included in the Greek breakfast.