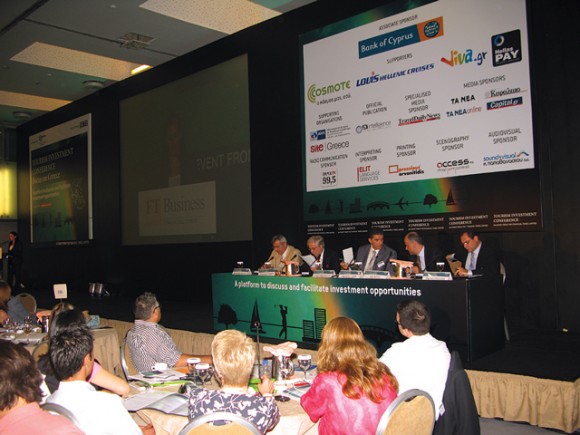 The “Tourism Investment Conference: Focus on Greece,” was held in Athens and organized by Financial Times with the strategic partnership of the Association of Greek Tourism Enterprises (SETE) and the local partnership of Boussias Communications.

The need to promote tourism investment and increase competitiveness in Greece to face the economic crisis was underlined by tourism professionals and experts at the “Tourism Investment Conference: Focus on Greece,” held in Athens last month.

Financial Times organized the conference with the strategic partnership of the Association of Greek Tourism Enterprises (SETE) and the local partnership of Boussias Communications.

The conference analyzed and assessed Greece’s potential to attract foreign and local investment by creating and sustaining a stable and hospitable environment.

In his overview of global trends, UNWTO’s executive director for competitiveness, external relations and partnerships, Marcio Favilla Lucca De Paula, noted that Greece absorbs only five percent of tourism revenue in the Mediterranean region with the largest share occupied by Spain, France and Italy. 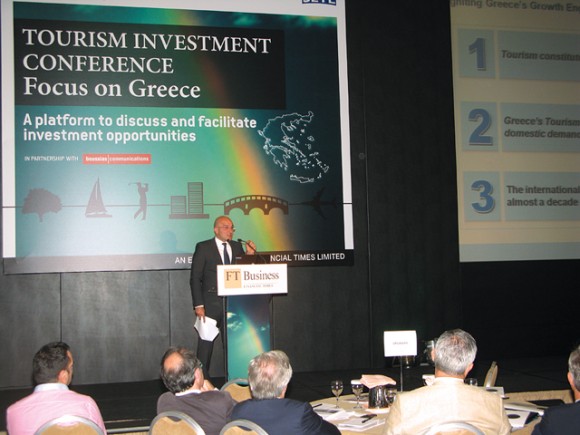 “Tourism’s impact on the Greek economy has the potential to increase by as much as some 20 billion euros in the next 10 years,” John Gikopoulos, associate partner of McKinsey and Company, said.

On his part, Deputy Culture and Tourism Minister George Nikitiadis underlined the necessity of a new strategy for Greek tourism and referred to tourism initiatives taken by the government such as the lifting of cabotage restrictions for cruise ships and the VAT reduction by some 50 percent on accommodation services.

According to Mr. Andreadis, SETE will attempt to persuade the “Troika” (European Commission, International Monetary Fund and European Central Bank) and the Greek Government to reduce the VAT on accommodation to five percent and 10 percent on other tourism services.

Of particular interest was the presentation of John Gikopoulos, associate partner of McKinsey and Company. He presented a list of Greek tourism growth barriers and proposed solutions.

In regards to the “sun and beach” mono-liner that has narrow reach in source markets and segments, Mr. Gikopoulos said that this resulted to a peaky tourist season -due to lack of diversification- low average spend per day and lack of reasons for recurring visits.

To overturn this, he advised Greece to offer season prolonging products, such as tourism residential accommodation and marinas for yachting. 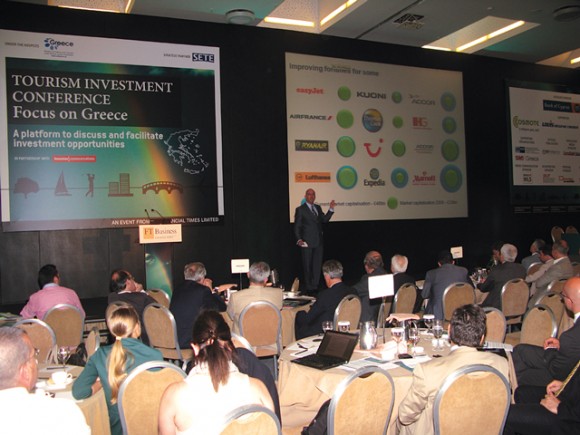 During his presentation, Alex Kyriakidis, Deloitte’s global managing director in tourism, hospitality and leisure, said Greece was losing its competitiveness to Spain while its accommodation quality was losing its ranking against Turkey. “Greece has a lot to do but nothing that has not been done elsewhere,” he said. Mr. Kyriakidis said an independent Tourism Ministry must be established in Greece and that the government should work with SETE on emerging markets.

Next, Mr. Gikopoulos referred to Greece’s prices that were “too costly for mass market, but also too cheap for upper class.”

He said the country should opt for a customer mix with a stronger presence of affluent and luxury visitors and offer an accommodation supply aligned with aspired value proposition.

Consulting firm McKinsey has conducted a study on the thorough investigation of the growth drivers that will restart the Greek economy and new data on Greek tourism is expected. The study is expected to reaffirm the importance of tourism on the economy in the coming years.