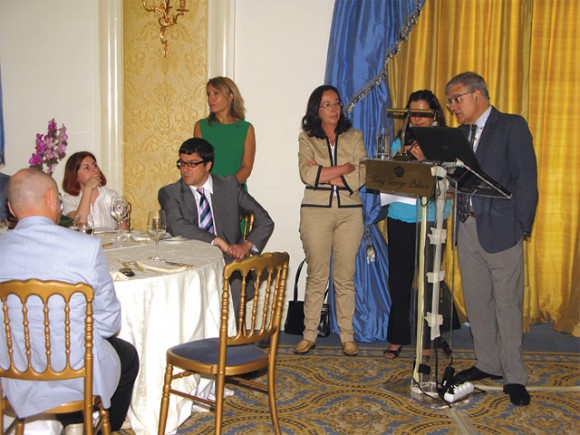 Arturo Claver, the director of new markets of Turespana, told the Greek media that the Spanish tourism organization promotes all forms of tourism such as city tourism centered on Madrid and Barcelona, cultural tourism through Spain’s 46 world heritage sites, sports tourism via the country’s 313
golf courses and gastronomy tourism.

Turespana’s director of new markets mentioned that Spain is a growing destination for Greece and that 17 public agencies, tour operators and hoteliers visit Greece frequently to promote destination Spain to the Greek market.

“We are very interested in the promotion of Spain as a destination for lovers of culture, arts and museums,” he said.

During the first four months of the year arrivals to Spain from the country’s four main markets (Germany, United Kingdom, France and Italy) increased from eight to 12 percent.

Last year Spain welcomed 53 million tourists, out of which 84 percent were repeat visits. Spain’s tourism industry makes up 11 percent of the country’s GDP.

Diving Festival Kicks Off This Month On Kalymnos