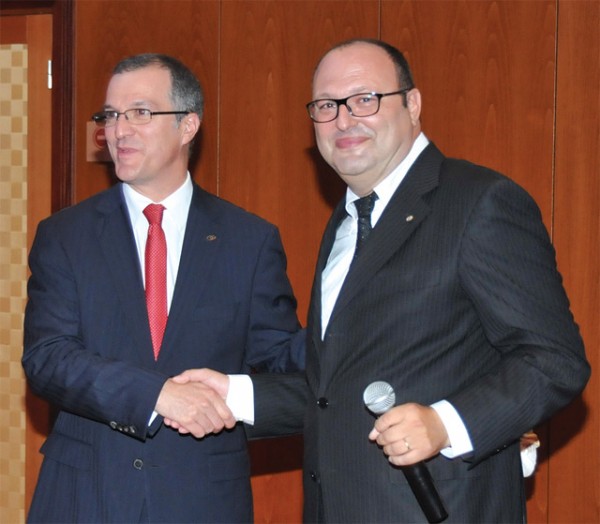 Sofitel Athens Airport Hotel of Accor Group last month held a farewell reception to the hotel’s former general manager Gilles Attias (right). The hotel’s new general manager is Cyril Manguso (left) who has been with Accor Group since June 1995 and has held managerial positions in various hotels of the group. For the last three years he was general manager of the Mercure Warszawa Fryderyk Chopin in Warsaw, Poland. He has French citizenship and is married with two children. He speaks fluent French, English, German, and fairly well Spanish, Dutch and Polish.

SETE’s New Board of Directors