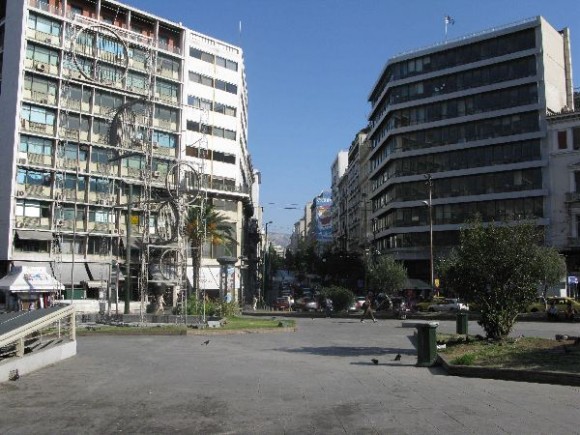 Omonia Square is currently not one of Athens’ most attractive features in the city center as nearby streets and alleys are considered crime magnets especially when night falls. According to press reports, a small improvement has been noticed in the city center as police patrols have indeed increased but “there is still a long way to go.”

“The primary issue is to restore order and to consolidate a sense of security to those who are in central Athens, whether they are tourists, businessmen or permanent residents, and then everything else will fall into place,” the president of the Athens-Attica Hotel Association and the Hellenic Federation of Hoteliers, Yiannis Retsos, said during a recent interview to a Greek radio station.

Mr. Retsos was referring to the cabinet meeting chaired by Prime Minister George Papandreou that took place in May and focused on the city center’s tarnished image. Following the cabinet meeting, measures to revamp the Greek capital’s historic center and increase security for Greek residents and foreign visitors were announced.

“The problem’s solution should not begin with financial incentives or concessions as other things must be done first… A sense of safety must be consolidated in this area that has gone completely out of control,” Mr. Retsos said.

The Culture and Tourism Ministry also announced actions to strengthen the cultural, historical and modern identities of the city of Athens.

According to the press, the ministry aims to coordinate small and large cultural institutions so their events would take place in the streets and squares of the city center and attract the general public back to the downtown areas.