“The new Greek cuisine exists and is evolving fast and we are proud of it,” the Sani Resort said after it hosted the sixth Sani Gourmet Festival during the week of 13-18 May 2011.

This year the festival focused on New Greek Cuisine and showcased the rich variety of Greek gastronomy. 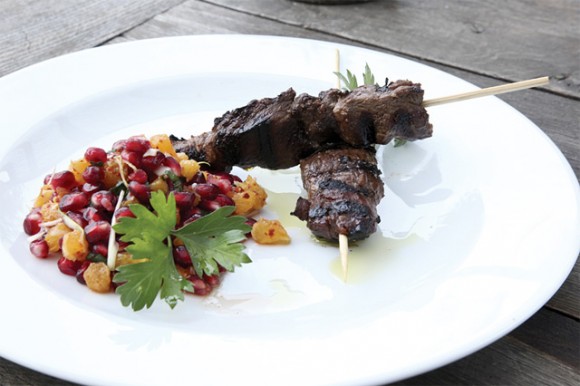 For eight days the Sani Resort became Greece’s gastronomy destination during the sixth Sani Gourmet Festival held in May 2011.

For eight days the Sani Resort became Greece’s gastronomy destination and offered imaginative menus that highlighted the diversity of culinary delights that reflect the country’s landscape and extraordinary variety of flavors and foods.

In the restaurants of the resort, 14 renowned Greek chefs displayed the new dynamics of Greek cuisine based on the diversity and tradition of the country.

“The Sani Gourmet aspires to make all of Greece a gastronomy destination attraction for selective tourists who know how to appreciate gastronomic pleasures,” the resort said.