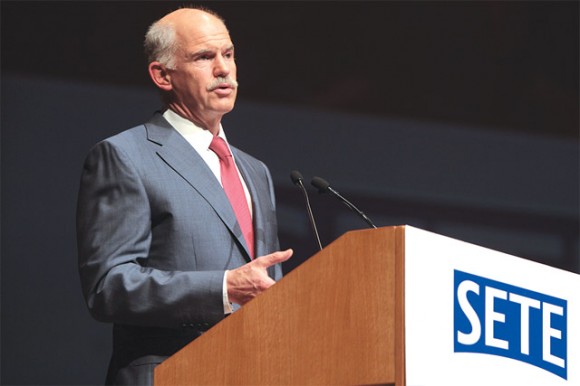 “We must give tourism a leading role in Greece’s effort for development,” the Association of Greek Tourism Enterprises’ (SETE) newly elected president, Andreas Andreadis, said to Prime Minister George Papandreou while assuming his presidency during the association’s 19th General Assembly held last month.

At the assembly’s open session at the Athens Concert Hall, Mr. Andreadis called for a collective effort of political and social forces to support a national vision for tourism: Greece to become one of the 10 top tourism destinations in the world over the next 10 years.

According to SETE’s president, if Greece provides an improved business climate by 2020 tourism could contribute more than 20 percent to the country’s GDP and employ one in every four workers in the country.

During his speech, Prime Minister George Papandreou announced the facilitation of tourism investments and tourism residential accommodation within high category hotel complexes as the government’s main priorities for tourism this year.

“Our aim is for the sector to become the champion and a development model for the country,” Mr. Papandreou said.

While presenting the government’s new strategic priorities, the Prime Minister stressed that priorities would develop on three levels: investment facilitation, easier access to Greece and the country’s promotion abroad. 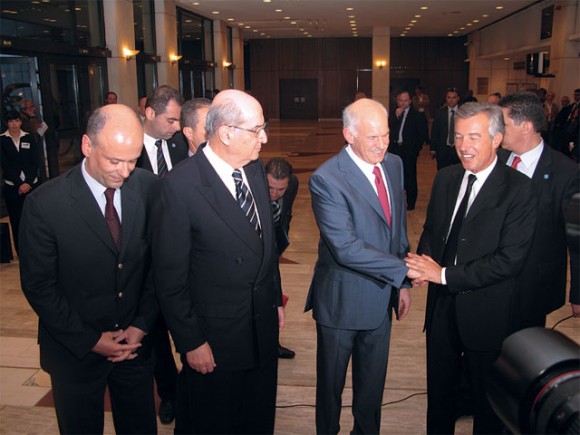 He also added that the government was in the final stage of reducing the “spatosimo” airport tax (a major problem in attracting low cost airlines to Greece) at the Athens International Airport for flights to Athens during the winter months. “This would provide an incentive for flights to continue flying in the winter,” he said.

Mr. Papandreou noted that within the next six months a comprehensive institutional framework would be developed for the introduction of seaplanes mainly for routes to the Greek islands.

(The Infrastructure, Transport and Networks Ministry had announced last November its intention to establish waterways in Greece and thus attract seaplane companies to strengthen the transport of Greece’s border areas. Since then nothing was heard on the subject.) 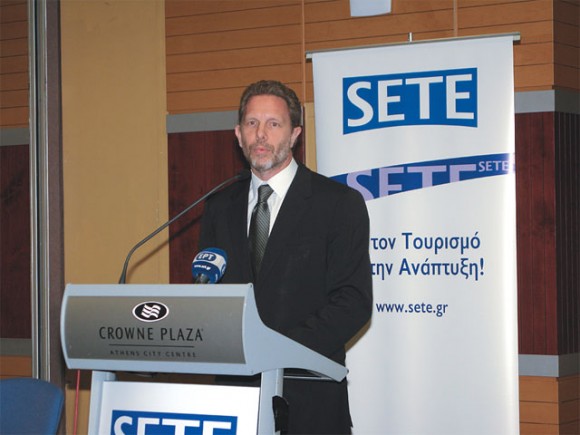 “Disagreements will be inevitable during the cooperation of the Culture and Tourism Ministry and SETE but coordinating actions from both sides is essential,” Culture and Tourism Minister Pavlos Geroulanos said last month during his first meeting with SETE’s new Board of Directors. The minister stressed that an in depth policy and strategy is needed to properly address all structural problems of Greek tourism. “Problems that occur should not be swept under the rug,” Mr. Geroulanos said.

In regards to the opening of closed professions in the tourism sector he referred to the possibility of allowing rent-a-car companies to rent cars with a personal driver.

According to reports, for decades rent-a-car companies have wanted to lease cars with a driver but requests had went unheard.

On his part, SETE’s president, Andreas Andreadis, said that speeding up the new zoning law for tourism and product development such as tourism residential accommodation could act as a catalyst for improving the quality of Greek tourism.

In regards to the promotion of Greece, he underlined the importance of establishing a marketing company that would market a brand name for Greek tourism based on a private-public sector partnership. 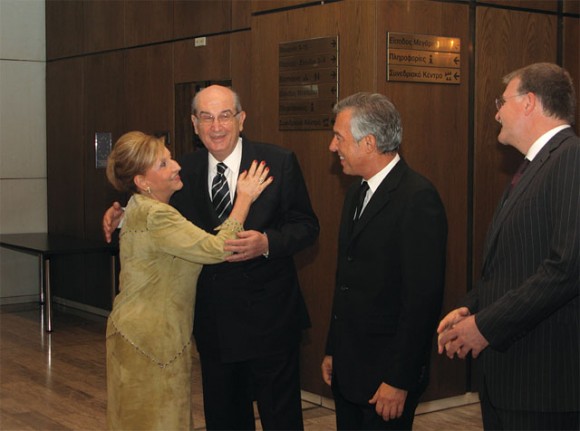 Mr. Papandreou had said during his speech that he agreed to SETE’s proposal, “as long as it doesn’t interfere with the role of the Greek National Tourism Organization (GNTO).”

However, when speaking to the press, Mr. Andreadis said “by preserving the GNTO’s supremacy over the promotion of Greek tourism abroad, the government was effectively vetoing any attempt to form the proposed semi-private marketing enterprise.”

In regards to this year’s tourism season, Mr. Andreadis said arrivals from abroad and tourism revenue should move on a positive level with arrivals exceeding the levels of the “record year” 2008.

SETE’s New Board of Directors