The Greek tourism sector last month saw changes in the leaderships of the country’s key tourism organizations with Yiannis Retsos taking over the chairmanship of the Hellenic Federation of Hoteliers.

During the federation’s closed general assembly held on 12 April, the until then president of the federation, Andreas Andreadis, announced his resignation from his post in order to run for the presidency of the Association of Greek Tourism Enterprises (SETE) on 5 May. Mr. Andreadis was president of the Hellenic Federation of Hoteliers since 2006.

During his speech, the new president of the federation, Yiannis Retsos, highlighted the importance of tourism and the role it could play in stopping the recession and putting the Greek economy on a growth path.

“We need to take decisions that will overturn the facts, remove us from this self-pity state and move towards a positive outlook, which is known in the market as an ‘upward escape,’” he said.

Mr. Retsos underlined the importance of an effective special zoning plan for tourism that protects the environment. He also requested a settlement between the hotel industry and copyright collecting societies in regards to royalties demanded by creators and performers of audiovisual works.

In regards to the issue, Culture and Tourism Minister Pavlos Geroulanos announced that the ministry would soon present a draft plan to settle the matter. 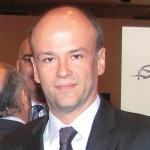 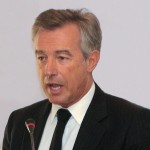 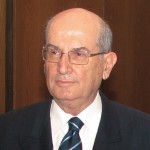 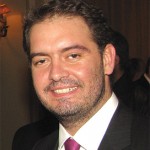 Yiannis Retsos (1), who at the time was president of the Athens-Attica Hotel Association, has replaced Andreas Andreadis (2) and is now the new president of the Hellenic Federation of Hoteliers. Mr. Andreadis is considered the candidate most likely to replace Nikos Angelopoulos (3), the outgoing president of SETE. By the time we went to press, Mr. Retsos’ former position was expected to be filled by Athens-Attica Hotel Association General Secretary, Alexandros Vasilikos.