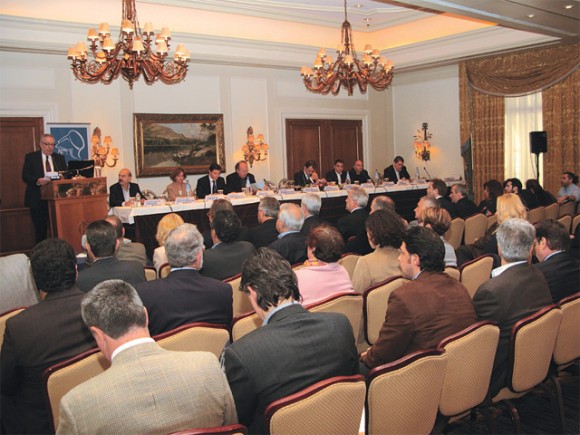 During the Hellenic Association of Travel and Tourist Agencies’ annual general assembly last month the president of the outgoing Board of Directors, Yiorgos Telonis, said that extended opening hours of Greece’s archaeological sites are necessary, as well as facilitation to tourists that want to enter Greece. “If tourists from countries outside the Schengen area can not travel to Greece, why should we bother to make more efforts?” he wondered.

The president of the outgoing Board of Directors of the Hellenic Association of Travel and Tourist Agencies (HATTA), Yiorgos Telonis, opened the association’s annual general assembly last month with good news for the staff of travel agencies and tour buses.

“The Labor and Social Security Minister Louka Katseli informed me of the ministry’s decision to subsidize part of the social security contributions for permanent staff and grant a three-month subsidization for the hiring or rehiring of seasonal staff of travel agencies and tour buses,” HATTA’s president said.

However, he told the audience that the association would continue to request the reduction of the VAT rate on travel agencies and bus services to the level similar to those of hotels. (On 18 November 2010 the Economy Ministry tabled the new tax bill in parliament that included a VAT cut from 11 percent to the low rate of 6.5 percent exclusively for accommodation facilities.)

HATTA’s president also called for the sector to gain a modern and non-discriminatory legislation that would lack the government’s favoritism to the Greek bus operators (KTEL) over the tourism coaches.

On his part, Culture and Tourism Minister Pavlos Geroulanos said the state aimed to gain permanent visitors that love Greece and who in turn would become Greek ambassadors abroad.

The minister then announced that the ministry was looking into the possibility for some major tour operators abroad that work with Greece to act as visa centers.

HATTA Board of Directors