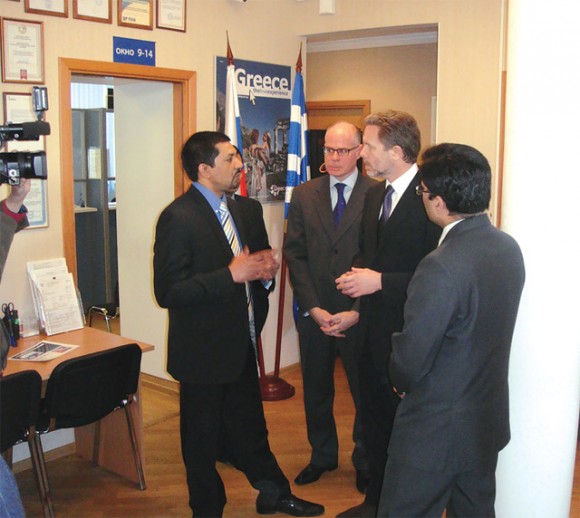 Three more visa centers will open in Russia in the coming months to expand the widening of facilities for issuing visas to Greece that was launched last year, Culture and Tourism Minister Pavlos Geroulanos announced at a press conference last month during the sixth international travel fair Intourmarket in Moscow.

According to Mr. Geroulanos, the number of Russian tourists that visited Greece in 2010 amounted to almost half a million. The government is now anticipating for their increase as a result of the expansion of facilities for the issuing of visas.

The new visa centers will operate in the Russian cities Kazan, Samara and Krasnoyarsk. Reports said the ministry was looking into the possibility for some major Russian tour operators that work with Greece to act as visa centers.

The culture and tourism minister said that last year Greece saw a 55 percent increase in the issuing of visas from Russia, while the number of arrivals at airports increased from some 250,000 in 2009 to some 415,000 during the first nine months of 2010.