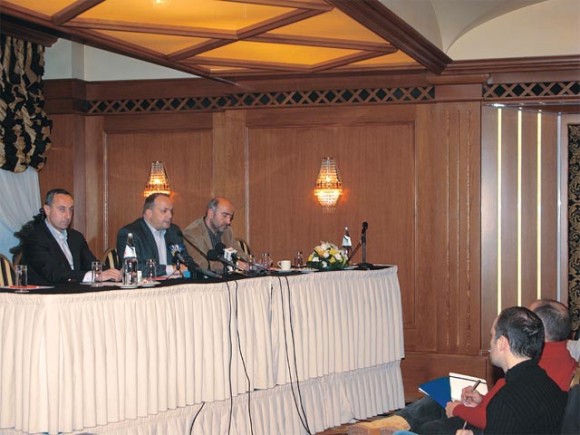 The Greek Union of Civil Aviation Pilots called an emergency press conference after the European Commission blocked the merger plan between Olympic Air and Aegean Airlines. When the merger was first announced, the union had submitted an 80-page documented memorandum to the E.U., and developed the 199 reasons why the union was against the merge.

The European Commission blocked a mega merger plan between Olympic Air and Aegean Airlines last month on the grounds that a monopoly would be created in Greek air travel.

According to press reports, the European Commission said the merger would have led to higher fares for four out of six million Greek and European consumers traveling on routes to and from Athens each year.

“To win E.U. approval the airlines could have offered to sell part of their fleet to a potential competitor or let another airline use one of their brand names,” the commission had said.

However, both companies indicated that such conditions were extraordinary in the aviation market and rejected them.

In a joint press release, Olympic Air and Aegean Airlines said the companies would review the 350-page final document of the European Commission’s decision and decide further actions within the framework of existing legislation.