Forum Puts Thessaloniki In The Spotlight 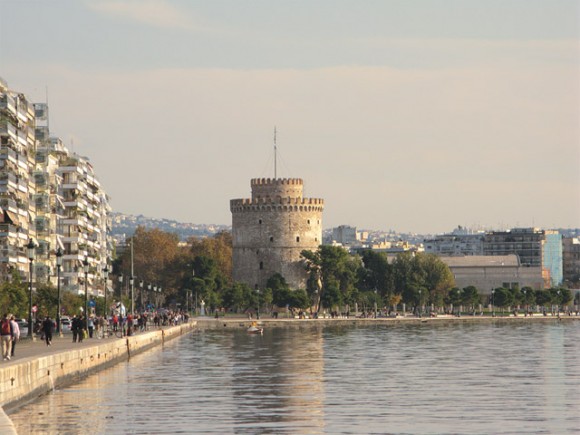 “A city adds value to the professional and the creator depending on the strength of its identity and Thessaloniki must obtain a strong identity,” Culture and Tourism Minister Pavlos Geroulanos said during an international culture and tourism forum held recently in Thessaloniki by the local Makedonia Media Group.

During his speech, Mr. Geroulanos presented the ministry’s initiative “Thessaloniki Cultures Crossroads,” which sees the Greek city hosting a geographical region every year for five years.

Mr. Geroulanos said the main aim is for Thessaloniki to claim its position on the map of major cities.

During the forum, Thessaloniki’s enormous growth opportunities through specialized forms of tourism were discussed and three valuable “weapons” for attracting tourists from vast markets (China, Russia and Arab countries) were presented: the abolition of visas, specialized tourism and the use of history, culture and natural beauty.

However, as its was noted at the forum, Northern Greece’s plethora of virtues are often undermined by bureaucratic obstacles, organizational, infrastructural and political decisions with no stability.

According to David Chang, chairman of Taroco Enterprises, although Greece has great advantages for the Chinese market the visa process is lengthy, the country lacks direct air connections and Greek tourism has an insufficient presence within the huge tourism market in China.

“A similar picture exists for the Arab countries, where Greece is almost nonexistent due to lack of advertising,” the representative of Syria’s Tourism Ministry, Suja Katarina Mousbeh, said.

In addition, it was stressed that Thessaloniki has significant potential for the development of conference tourism but frequent policy changes, lack of coordination among agencies and lack of promotional activities in Northern Greece stand as an obstacle.

In regards to cruise tourism, Thessaloniki again lacks as, according to the commercial director of Louis Hellenic Cruises, Pythagoras Nagos, the Greek city has not received the adequate attention from foreign tour operators on the cruise front, “which is the world’s fastest growing tourism industry.”

Tourists Turn Away From Thessaloniki