SETE Conference An Eye-Opener For Professionals 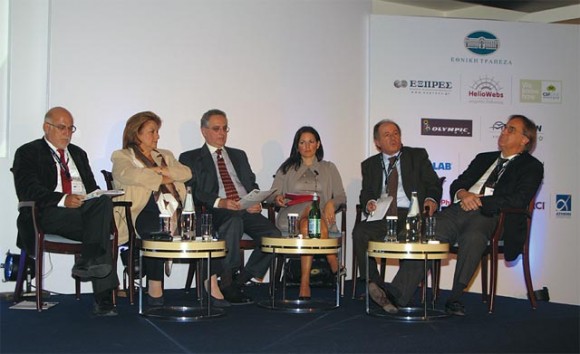 During the conference, Labor and Social Security Minister Louka Katseli (second to left) said the government’s decision to lift cabotage restrictions would boost up sea cruise tourism. However, tourism professionals in the audience agreed that in reality cabotage had not been lifted as the conditions set by the Greek government discourage cruise companies from homeporting in Greece. “Cabotage restrictions were not completely lifted as the government’s conditions are yet another Greek originality that does not exist in any other country,” New Democracy MP responsible for tourism issues, Olga Kefalogiannis said (center).

The situation of the Greek economy is improving but there still is a long way to go and therefore no excuse for complacency, Bank of Greece Governor Yiorgos Provopoulos said last month at the welcome dinner of the ninth annual tourism and development conference of the Association of Greek Tourism Enterprises (SETE).

The conference, entitled “Tourism in the new social and economic reality in Greece. Priority for Government-Consciousness in society,” took place 18-19 October. 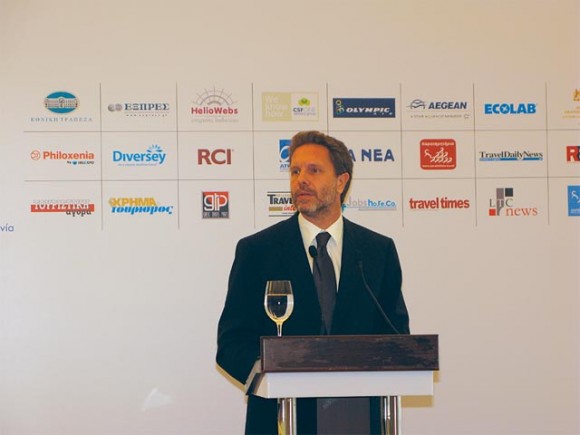 After the conference, Culture and Tourism Minister Pavlos Geroulanos announced radical changes in Greece’s way of approach to tourist markets and presented the ministry’s online tourism campaign. Greece will begin its advertising campaign in November with the Internet as its main ally. “Some may have not realized that the Internet and the so-called ‘word of mouth’ through social media is the field that we should immediately conquer,” he said.

During his keynote speech, Mr. Provopoulos underlined that Greece has huge growth potential and the current crisis could be the catalyst that will reshape the economy.

The Bank of Greece Governor added that tourism revenue dropped 7.3 percent during January-August, despite the slight increase in arrivals. “The quality of the tourism product needs to be upgraded,” he said.

According to data from the Bank of Greece, tourism revenue fell 6.3 percent in August year-on-year, while arrivals increased 1.5 percent during the first eight months of 2010.

SETE’s President Nikos Angelopoulos opened the second day of the conference and stressed that 2010 was a bad year for Greek tourism beyond comparison, in terms of revenue and employment.

“Up to this day Greek tourism has not been among the government’s priorities,” Mr. Angelopoulos said. 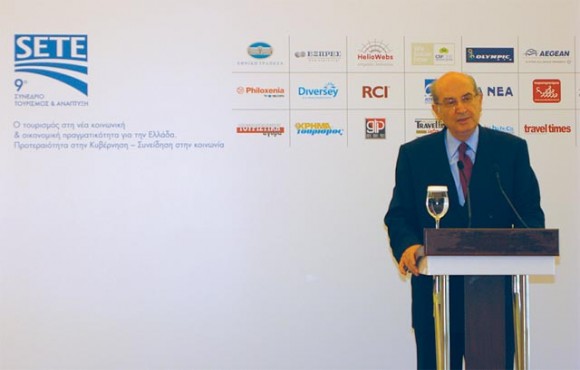 Nikos Angelopoulos, at his keynote speech, stressed that 2010 was a bad year for Greek tourism beyond comparison, in terms of revenue and employment.

The association’s president once again repeated the association’s main request: the reestablishment of the independent Tourism Ministry under the Prime Minister’s supervision.

The new development law was the main topic of the keynote speech given by Regional Development and Competitiveness Minister Mihalis Chrysohoidis.

According to the regional development and competitiveness minister, the new law would offer special incentives to encourage innovation, new activities, youth entrepreneurship and a comprehensive, realistic and dynamic potential to overcome the crisis.

Mr. Chrysohoidis announced the new development law should be signed into law by early November. 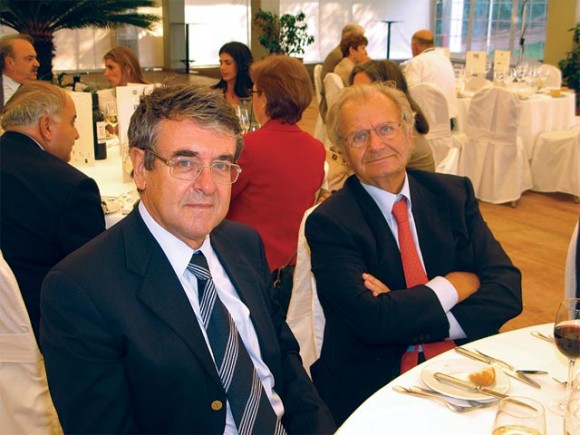 SETE’s Honorary Presidents Stavros Andreadis and Spyros Kokotos attended the association’s conference at the Westin Athens resort last month. At the conference, Regional Development Minister Mihalis Chrysohoidis left open the possibility of additional taxes or a VAT increase on tourism services. In a strict tone, he pointed out that some highly developed and competitive countries are charged with very high taxes. However, Mr. Andreadis said “those highly developed countries may have high taxes but they also have high services from the government.”

He added that the Small and Very Small Enterprises Guarantee Fund (TEMPME) would be converted into a quasi-investment bank renamed Greek Entrepreneurship and Development Fund (ETEAN).

It is estimated that the new fund, in cooperation with banks, would release some five billion euros to the business market some time soon and last until the end of next year.

After his speech, Mr. Chrysohoidis was questioned by journalists in regards to the rumors of an increase of the Value Added Tax on tourism services.

“An increase of the VAT and special taxes is to create a mass increase of revenue to rescue the economy” the minister said, leaving open the possibility of additional taxes or a VAT hike.

Meanwhile, in late September Prime Minister George Papandreou told Reuters news agency that the VAT would not increase and that other means to raise revenue would be sought. However, rumors of a VAT hike on tourism services continued. 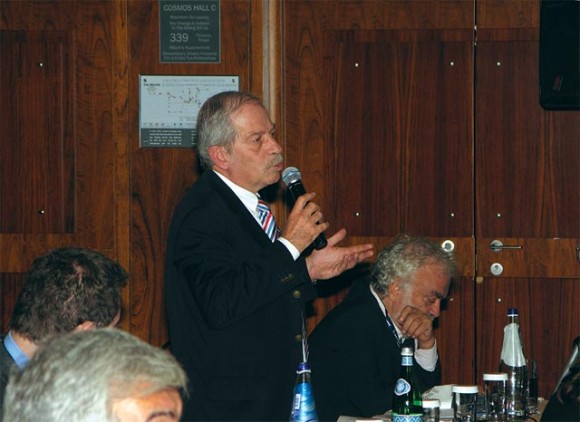 “It’s time we took the lead as professionals of the private sector and offer guidance to the government, rather than expect the government to take all initiatives,” Dinos Frantze­skakis, president of the Hellenic Association of Airline Representatives, said. He proposed that all tourism sectors unite under one strategic alliance (SETE for example) and create a 10-year master-marketing plan for tourism activities, which would be presented to the relevant ministries.

The conference’s first session was entitled “How do we perceive the broader role of tourism in the economy and society?” during which Labor and Social Security Minister Louka Katseli referred to 17 action plans by the Manpower Employment Agency (OAED) that are soon to be announced. The 2.5 billion euro-budget action plans are designed to help target-groups break into the labor market.

Mrs Katseli stressed that in regards to tourism, the removal of institutional distortions and disincentives that hinder the tourist activity were among the priorities of the government.

As an example she mentioned the lifting of cabotage restrictions for non-European Union-flag cruise ships (signed into law on 25 August).

During the conference’s second session entitled “Tourism as a priority of the government,” Deputy Culture and Tourism Minister George Nikitiadis said he was optimistic about the progress of the country’s tourism figures and emphasized that the ministry’s actions to increase tourist traffic in 2011 were in full swing.

“We had excellent results this year (considering the predictions) but again they were not the results we wanted… Next year will be better,” he said.

On his part, SETE Vice President Andreas Andreadis showed the audience statistics of Greece’s decline on the world tourism map. 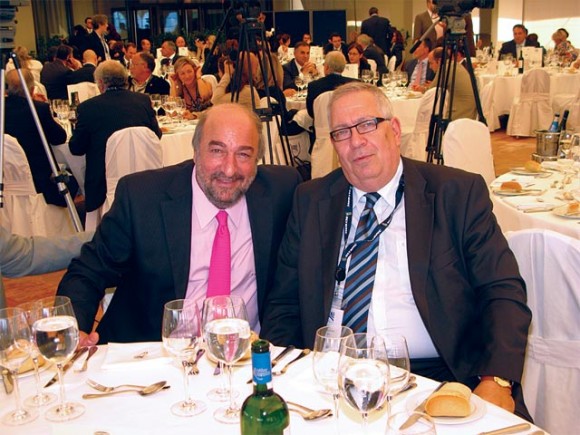