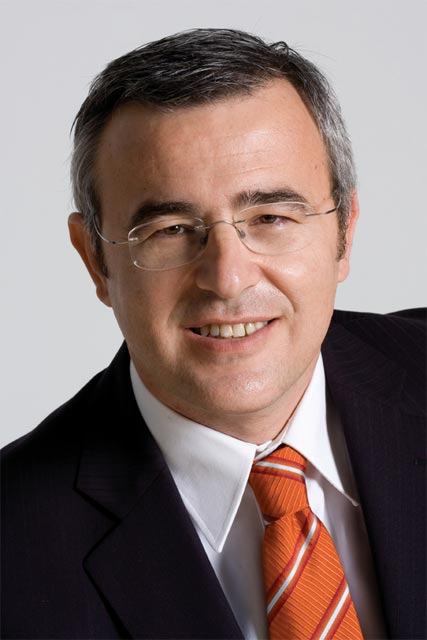 It is a pleasure for me to draft these very lines for one of the most prominent tourism publications in Greece, the Greek Travel Pages. As we all know, these are challenging times for Greece and our tourism. For our touristic product relies on three core elements: people, accommodation and transportation. Direct dependency on fluctuations of these variables, traditionally converts tourism into a sensitive sector for the economy. As such, it is indubitable that our economy has been widely exposed to the shifting trends in the sector as well as the impact of the financial and economic recession.

I have to emphasize that tourism is the heavyweight of the Greek economy -accounting for some 15 percent of GDP- and approximately 18 percent of our active workforce (almost 800.000 people). For 2009, this translates into roughly 15 billion euros of tourism generated income. Based on the factors mentioned above, one can easily understand the overriding mechanisms behind the moderate touristic downturn Greece is experiencing.

Having said that, I think that every crisis represents the flip side of an opportunity, and this is a message that has already been well received in Athens. In this context, the gist of our strategy is threefold. First, differentiating our touristic product by heavily investing in alternative forms of tourism, such as marine, religious, culinary, congressional and green tourism. Second, breaking seasonality, reducing bureaucratic hassle and attracting investments. Third, holding on successful parts of the “sun and sea“ model that still represents our comparative advantage, and adding elements of culture and civilization to it.

For a traditional destination like Greece, one has to find the proper mix of traditional and non-traditional segments in an ordered and strategic way. Indicatively, in this direction we are taking full advantage of our new portal at www.visitgreece.gr, revamping the GNTO offices abroad based on cost-benefit and return rate criteria, putting together an innovative 2011 media plan, simplifying the issuance of special “Green Visas,” working hand in hand with alternative and eco-tour operators and opening up our market to most BRIC countries as well at the Balkans and upper segments of the Middle East.  Eco-labels and special tourism programs for senior citizens are also on our radar and new congressional tourism centers are being designed, just to name a few initiatives. Through the European Union’s Structural framework for investment support, 30 million euros alone have been allocated to programs on Green tourism.

To make a long story short, in 2011, now more than ever before, we have to think, and then think harder. We have to act, and then act more—with hard work and honesty, courage and fair play.

In my capacity as President of the Greek National Tourism Organization, I welcome all the participants to the Philoxenia fair and congratulate the Greek Travel Pages for its well established and unwavering presence amongst the top notch Greek tourism publications.