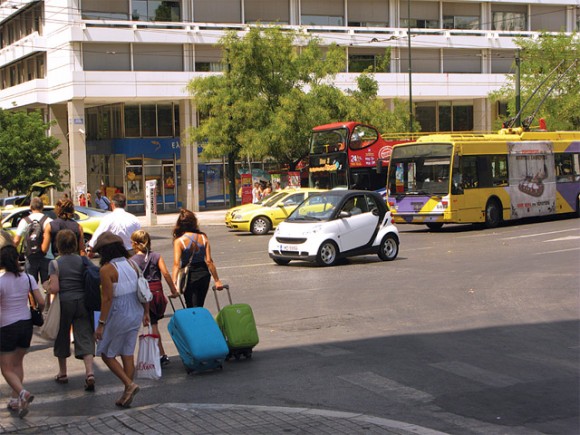 Greek tourism professionals told the press that they believe the year would close with “zero losses” in regards to arrivals.

According to airport statistics, this summer season the Greek tourist product seemed enduring despite negative events that had occurred throughout the year.

“Foreign arrivals at 13 of Greece’s main airports increased by 0.67 percent year-on-year in August while the number of foreign visitors in Greece dropped 1.02 percent in the first eight months of the year,” the Civil Aviation Authority said in an announcement.

In absolute figures, tourist arrivals from abroad during the January-August period amounted to 7.88 million arrivals compared to 7.97 million in 2009.

Greek tourism professionals told the press that they believe the year would close with “zero losses” in regards to arrivals.

However, despite the good news in terms of foreign arrivals, a revenue shortfall was noted at the majority of Greece’s destinations mainly due to price cuts and the absorption of the increased VAT by tourism enterprises.

During the first six months of the year, tourism revenue declined by 12 percent (2.78 billion euros against 3.15 billion in 2009). According to press reports, this figure is the worst Greek tourism had seen in 12 years.

However, the biggest drop in tourism revenue was recorded in June as receipts totaled 1.18 billion euros, compared with 1.4 billion for the same month last year (-15.73 percent).

According to press reports, Greek tourism’s best year was 2008 with 11.635 billion euros in revenue.

Germans Snub Greece For Their Holidays