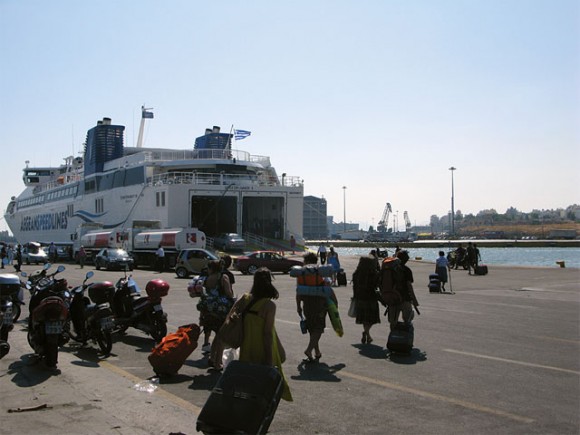 According to figures from the Greek coast guard, there was a light increase of passenger traffic during July-August period.

Passenger traffic during July and August at the three major ports of Athens (Piraeus, Lavrion and Rafina) did not reach desired expectations despite tempting ticket discounts made by shipping companies to attract passengers, the Greek press said recently.

According to figures from the Greek coast guard, during the 1 July-17 August period 3,348,556 passengers traveled from the ports of Piraeus, Lavrion and Rafina compared to 3,294,963 passengers in 2009.

During the same period, car transportation via ships also showed a minor increase as 451,005 vehicles were transferred to islands over 447,708 cars in 2009.

The Greek coast guard said that this slight increase occurred during the first 17 days of August since passenger traffic in July had dropped compared with 2009.