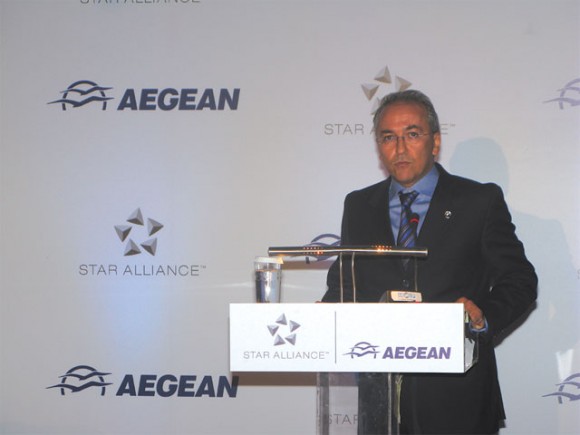 “A possible imminent approval of our agreement with Olympic Air could allow us to present in the summer of 2011 an expanding profile,” Aegean’s managing director Dimitris Gerogiannis said last month in a press release.

The European Commission opened an in-depth investigation last month into the planned Olympic Air/Aegean Airlines merger as its initial inquiry into the deal showed it could raise “serious competition concerns.”

According to an announcement released by the commission last month, initial investigations into the proposal revealed serious concerns in regards to competition, which are to be explored further.

The new airline to come from the merge is planned to service 106 domestic and international routes, employ 5,850 staff members and operate a fleet of 64 carriers.

“The Commission must make sure that consumers and businesses will continue to have a competitive choice of airline services in Greece, in particular at a time of difficult economic circumstances,” European competition vice-president Joaquin Almunia said.

The inquiry is set to conclude by 7 December when the Commission would announce the final decision on whether or not it gives the green light to the merger of the two Greek airline companies.

Meanwhile, the Hellenic Airline Pilots Association recently called on to local administrations, businessmen and tourism professionals to block the merger between Olympic Air/Aegean Airlines. The association said that such a merger would create an absolute monopoly in the Greek air aviation market.