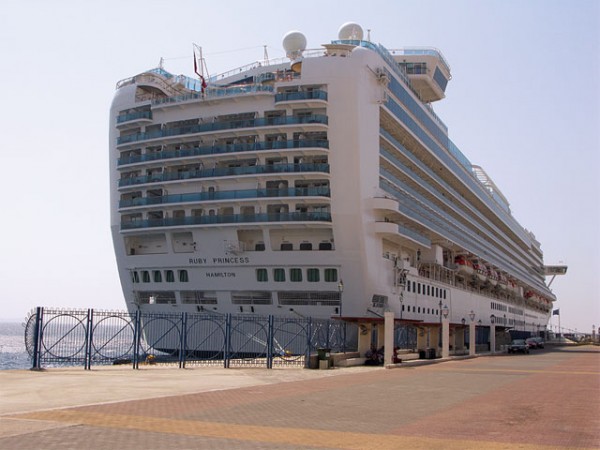 The draft law for the lifting of cabotage restri­ctions, drawn up by the Economy, Competitiveness and Shipping Ministry, was tabled in Parliament on 20 July and was pending since then due to the August sum­mer break.

According to the press, Parliament resumed its sessions on 24 August and the cabotage law is considered first priority for discussion. A vote on the law is said to come soon.

Press reports said that the government is putting in extra effort so the provisions of the draft law can apply during this tourism season.

Procedures have been designed to allow the signing of contracts between the state and shipping companies in just 30 days.

According to the draft law, non-European Union-flag cruise ships carrying out cruises are obliged to carry more than 49 passengers and the duration of the trip must be at least 48 hours. The stay at the Greek port, being the starting point, must be at least 12 hours.

Issues in regards to the employment and insurance of Greek seamen hired on cruise ships will also be regulated by the draft law.

The draft law also foresees a special levy to be paid by each cruise passenger, proceeds of which would go towards a seamen’s health and unemployment fund.

Another condition of the draft law for allowing vessels of third countries to call at Greek ports are that the country in question allows EU and EEA-flagged cruise ships to dock at its own ports and that they first sign a three-year contract with the Greek State.

Main opposition party New Democracy criticized the draft bill’s term and said three-year contracts are too binding for companies and simply make them prey to the moodswings of each minister in charge.

The shipping minister, Ms. Katseli, added that the draft law establishes criteria and diversification of the transport capacity, staffing of the ship, number of routes, and frequency of approaching Greek ports, investment opportunities and incentives for the employment of Greek seamen.

The draft law for the lifting of cabotage restrictions was discussed by the members of the Permanent Production and Trade Committee and generally received positive reviews.

The Hellenic Chamber of Shipping described the draft law as a “legislation moving towards the right direction” but added that it does not provide full lifting of cabotage restrictions to non-E.U.-flag cruise ships.

Ms. Katseli underlined that no country in the world has unconditional release of sea travel and that a specific institutional context exists in all E.U. countries.

On his part, the president of the National Confederation of Hellenic Commerce, Vasilis Korkidis, disagreed with a full release and advised a “gradual” lifting of cabotage restrictions.

The Hellenic Association of Travel and Tourist Agencies (HATTA) expressed its satisfaction and claimed to be optimistic that all issues would progress at a rapid pace and with a good regulation of the matter. The association did, however, disagree with the time limits set by the draft law in regards to a ships stay in the port from where the cruise begins (minimum 12-hour stay).

On their part, representatives of seamen workers  opposed the draft law with the main argument that it would lead to job losses.

According to the Greek seamen, the lifting of cabotage restrictions “serves the monopolies” while ships flying the Greek flag would leave.

(Cyprus-based cruise operator Louis Cruises Lines are the only ones flying the Greek flag.)