“You In Greece” Campaign Kicks Off Online 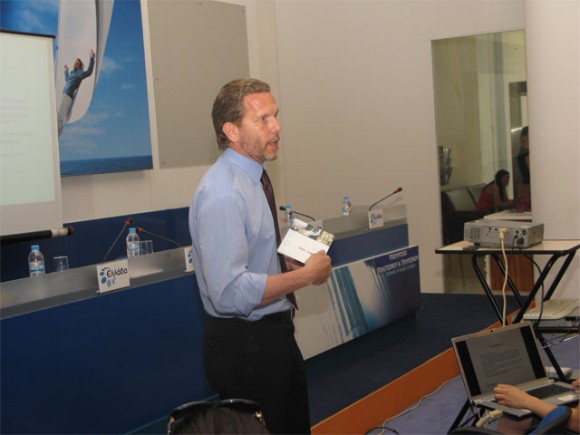 During the press conference, Culture and Tourism Minister Pavlos Geroulanos told journalists that the ministry has decided to compensate visitors to Greece in cases where they are “forced” to remain in the country due to strikes or volcanic ash, etc. The compensation is in regards to accommodation and meals.

The “You in Greece” online campaign is the new tool to promote tourism in Greece and aims to show that, besides sea and sun, Greece is also a country of experiences and diversity, Culture and Tourism Minister Pavlos Geroulanos told journalists at a press conference last month.

According to the culture and tourism minister, the “You in Greece” campaign comes as a response to the negative publicity Greece has received over the past months in the international media (press reports focused on the economic crisis, the May demonstrations and protests in Athens, the blocking of the Zenith cruiser and the takeover of the Acropolis by leftist protestors).

Mr. Geroulanos said the campaign would be spread via social networks such as Youtube, Facebook, Twitter, etc., while Greek Members of the European Parliament, the Greek National Tourism Organization (GNTO) offices abroad, embassies, and the Greek diaspora would also participate through online word of mouth.

In addition, within the framework of the “You in Greece” campaign, the GNTO and the Association of Greek Tourism Enterprises (SETE)recently organized a familiarization trip for Russian journalists in Athens. 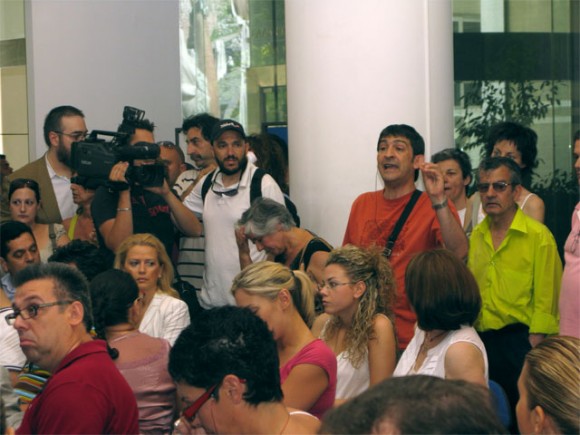 The culture and tourism minister’s press conference was interrupted when tourism workers/members of labour union PAME stormed in, chanted slogans and demanded for an appointment with the minister to discuss the problems they are facing. Tension broke out between leftist protestors and tourism journalists until General Secretary of Tourism Yiorgos Poussaios held an on-the-spot meeting with the protestors in his office.