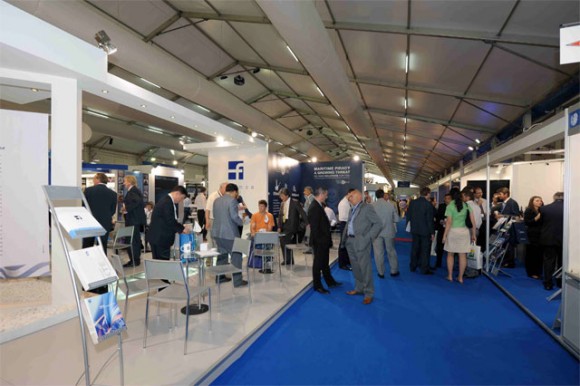 The 22nd Posidonia International Shipping Exhibition had an impressive global appeal, according to organizers.

Exhibitor bookings in this year’s shipping exhibition were said to be up 12 percent -1,859 exhibitors- compared with 2008, making it the largest exhibition in its 40-year history. The exhibition also saw a record 21 national pavilions.
According to organizers, Posidonia 2010 had an impressive global appeal as the event attracted some 18,000 visitors from 87 nations.

“The strong interest we received for the next event has justified Posidonia and confirms its status as the undisputed leading maritime forum,” Mr. Vokos said.

China this year had a strong presence in the exhibition with giants such as COSCO, press reports mentioned.

On the last day of the exhibition a bilateral business forum examined Greek-Chinese ties in shipbuilding, trading, ship management and the use of Greek ports as transit centers for Chinese firms.

Many Greek and international politicians and diplomats visited Posidonia 2010 throughout the week of the exhibition.

General Secretary of Tourism Yiorgos Poussaios said Posidonia’s contribution to Greece’s MICE sector is vital both in terms of generating revenues for the local economy and as an image guardian for the country’s battered international reputation.

Touristiko Panorama Goes To The City