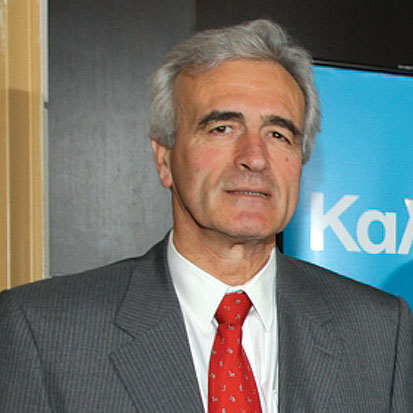 The protocol of the 2nd Joint Greek-Russian Tourism Committee was signed last month in Moscow, headed by General Secretary of Tourism Yiorgos Poussaios for the Greek side and vice president of the Federal Tourism Service of Russia’s Tourism Sports and Youth Ministry Evgeni Pisarevski for the Russian side.

According to a press release, the key points of the protocol are the strengthening of tourism between Greece and Russia and cooperation between the two countries on tourism investment and mutual tourism promotion.

The protocol also encourages direct cooperation between the tourism organizations of Greece and Russia and travel agent unions.

During his visit in Moscow, Mr. Poussaios also held a meeting with Gregory Antioufeev, chairman of the Committee for Tourism of the Moscow City Government. Issues on cooperation in special forms of tourism and in tourism investments were discussed.

During a press conference, the general secretary informed Russian journalists that the Culture and Tourism Ministry plans to establish a service that would facilitate investment procedures for foreigners wishing to invest in Greece.

“Our ministry is trying in every way to pursue a new strategy for culture and tourism and to create the proper infrastructure and support for tourism investment,” he said.