The tourism agreement signed between Greece and Cyprus 20 years ago will be updated and issues of common interest will be included, Deputy Culture and Tourism Minister Yiorgos Nikitiadis said last month. “These issues concern special forms of tourism, common travel packages to key markets, tourism-oriented investments and the exchange of know-how,” he added.

After his meeting with Cyprus Minister of Commerce, Industry and Tourism Antonis Paschalidis in Cyprus, Mr. Nikitiadis told reporters that both countries have decided to put pressure on the European Union to facilitate the issuing process of visas to citizens of third countries -mainly from Russia- that want to visit Greece and Cyprus.

The issue of re-establishing a shipping connection between Greece and Cyprus was also mentioned. “Mrs. Katseli (shipping minister) has discussed the matter with her Cypriot counterpart and has set up a plan to restore this shipping route,” the deputy minister said.

The priorities of the two ministries were discussed and both sides agreed to cooperate on modern cultural issues based on the existing memorandum that will soon be updated.

Yiorgos Nikitiadis replaced Angela Gerekou, who resigned from her post in May following a financial scandal that involved her husband, Greek singer Tolis Voskopoulos. Mr. Nikitiadis was sworn in on 21 May. 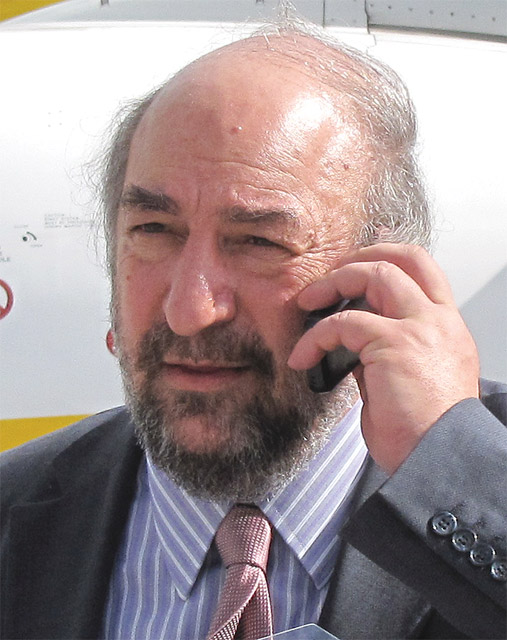 Yiorgos Nikitiadis was born in 1953 in New York, USA, to expatriate parents. He comes from Nisyros, Dodekanissos, and spent his childhood on Kos. He graduated in law from the University of Athens in 1976 and the same year he returned to the U.S. for postgraduate studies. He earned a master of law degree from the University of New York.

He was elected PASOK MP for the Dodekani­ssos islands in 2007 and in 2008 was appointed the party’s secretary for the tourism sector. In 2007 he also published a book entitled “Tourism: 12 posi­tions–Dodecanese: 12 dreams,” which focused on his views in regards to island tourism. It has since then been reprinted four times.

He is married to lawyer Georgia Iatrou and has a daughter, Andella.