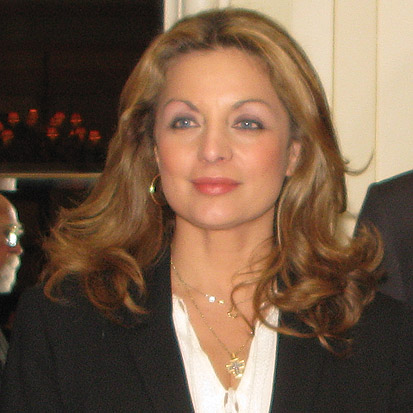 “I have handed in my resignation to prevent my husband’s case from being used for generalized accusations against the government and the Prime Minister,” Deputy Culture and Tourism Minister Angela Gerekou said in an announcement.

Mrs. Gerekou has denied any involvement in her husband’s tax issues.

“Angela Gerekou has submitted her resignation for reasons of sensitivity and sensibility, so that there shall not be the slightest grounds to harm the Government,” Government Spokesman Yiorgos Petalotis said in an announcement.

According to reports, the Finance Ministry has confirmed that Mr. Voskopoulos would face prosecution for some five million euros in unpaid taxes and fines. It is said that his tax debts were accumulated before he had met Angela Gerekou.

The Greek government, which recently implemented austerity measures to avoid bankruptcy and receive a 110 billion-euro loan package from the eurozone countries and the IMF, has pledged to crack down tax evasion.

Athens Hoteliers Up Against Mass Cancelations