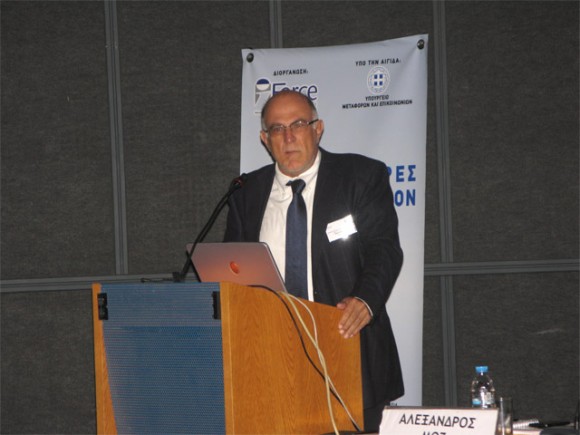 During his speech, SETE’s Vice President Yiorgos Vernicos underlined the importance of aviation on Greek tourism. In regards to the creation of a Hellenic Aviation Chamber, he appeared not very keen on the idea. “I do not think that such a chamber would solve any problems,” Mr. Vernicos pointed out and proposed the establishment of an informal aviation forum as an alternative to the aviation chamber.

The establishment of an aviation chamber and the development of Greece’s general aviation to the benefit of areas where Greek regional airports are located are two issues that must be seen to immediately, according to the common conclusion of speakers at the fifth scientific conference “Aviation–Present and Future” held recently in Athens at the Infrastructure, Transports and Networks Ministry.

According to Police Captain John Siriopoulos of the Hellenic Police Flight Department, Greek aviation is up against a series of problems, namely the poor operation of the EKAB ambulances, the lack of technical support to public sector airplanes and the lack of infrastructure in general aviation.

“These problems could be solved with the creation of an aviation chamber that would act as an advisory body to the transport minister in order to develop a national strategy for civil aviation,” he said.

Mr. Himaras said that positive results would come from the creation of such a chamber, which would cooperate closely with organizations such as the Hellenic Aviation Society, the International Civil Aviation Organization, etc.

During the conference, the high importance of seaplanes was also discussed.

In addition, the legislative framework for the licensing of airports on the water surface to serve out-of-the-way islands by seaplanes was recently announced.

The legislative framework has been posted on the Civil Aviation Authority’s website and is subject to public consultation with interested agencies.